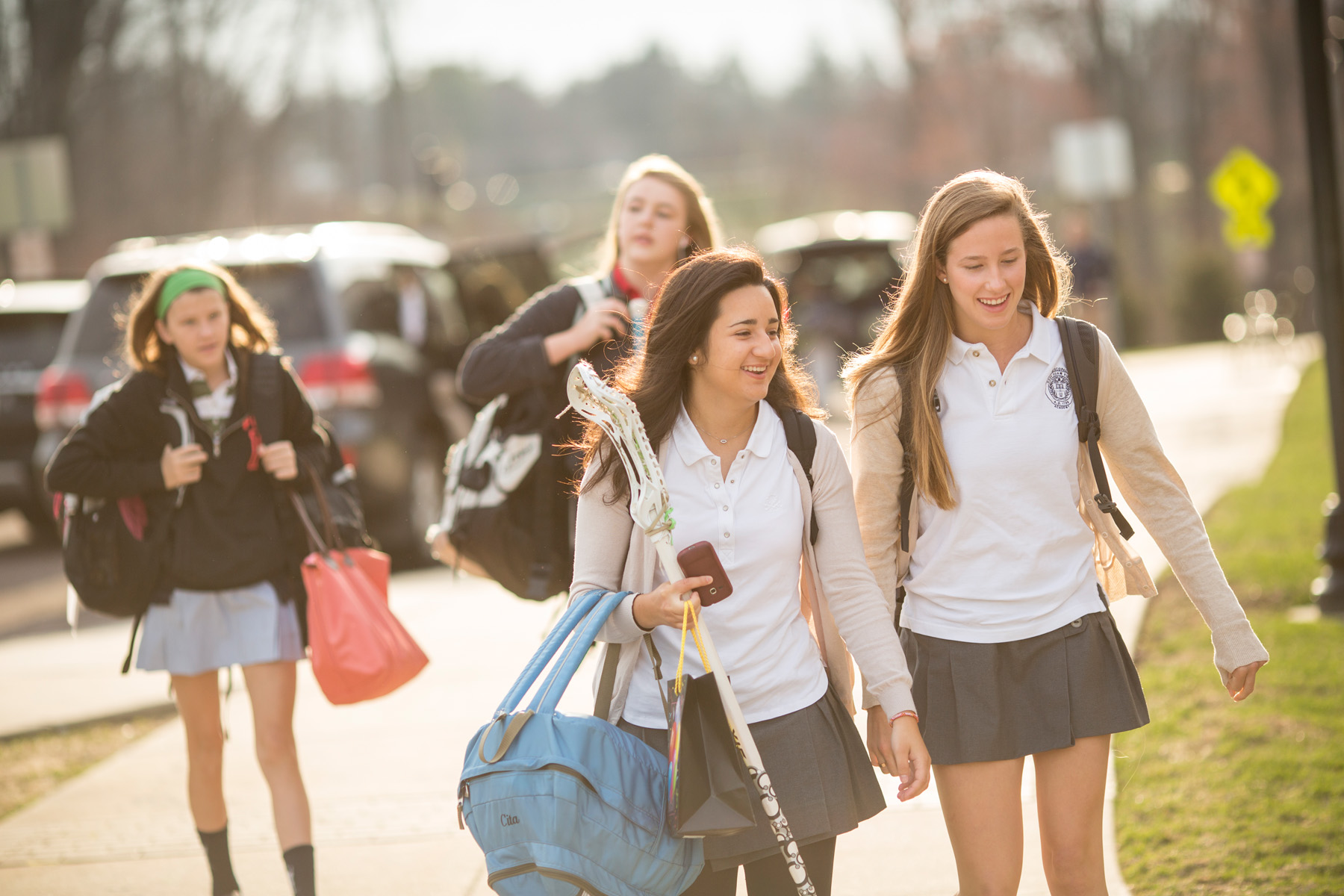 The Episcopal Academy offers a multitude of extra-curricular opportunities to challenge and nurture our diverse community of learners, athletes, artists, musicians, and more. Through our robust activities offerings, students of every interest, passion, and talent are sure to find enrichment and inspiration.

Offered throughout part of the year for interested 2nd, 3rd, 4th and 5th graders. Students bring a lunch and discuss the book being read by the group.

This fourth grade trip offers students an opportunity to go seining and learn about the sea creatures in the bay. The trip includes playing on the beach, swimming , a night hike and, of course, a campfire to roast marshmallows.

The fifth grade ventures to Blairstown, New York for camping and bonding with classmates.

This is the culminating event for the 4th grade studies of ancient Mesopotamia, Egypt, and Greece. The children dress as either an ancient Egyptian or Greek, parade through the Lower School in costume, and work in groups to put together and perform skits based on the Greek myths. As teams, they participate in Olympic Games.

During the weeks prior to each of the drama performances of the 3rd, 4th and 5th grade classes, students have the option to stay after school for one hour, two days per week, to help design and create the sets, backdrops and props to be used for the performances. The collaboration produces a wonderful synergy of the Arts!

3rd and 4th grade students are given the opportunity to join the "Performing Ensemble Club". This Club provides accomplished musicians the chance to work on ensemble music that they would not find in a beginning lesson. The students practice before school for 30 minutes once a week to prepare selections for Chapel.

Every day kindergarten students count the days of school. On the 100th Day of school the classes get together for activities to celebrate this special day.

Every April 22, the Lower School participates in the global celebration of Earth Day. The classes each have special activities. Seedlings planted by kindergarten on Earth day are later planted out in the garden.

The Middle School Chapel Council consists of elected representatives who assist in the planning and execution of Chapel services.

The Middle School Diversity Council is open to all students who want to work towards creating a community in which all students feel welcome and respected.

The Student Council consists of elected representatives who meet with a faculty advisor to discuss issues, plan student and community service activities and convey ideas from the students to the Head of Middle School.

The purpose of the Days of Service program is to provide educationally enriching service opportunities to help develop a sense of responsibility to the community as a whole.

Mornings in the Middle

On Tuesdays, Students work from 7:30 until 8 a.m. on service projects developed and supported by EA’s Office of Community Outreach and Service Learning. While these projects range in scope, they help create real, positive change in our community.

MathCounts is a nationally run program specifically designed for MS students. The club meets weekly and takes part in team and individual competitions.

This group meets once a week for lunch to discuss favorite reads with the Director of Libraries.

A monthly newspaper that provides timely news and dialogue that facilitates ethical engagement in the community and the larger world.

The Episcopal Academy yearbook, providing students with an interest in photography, layout, and preserving memories of the school year with the chance to contribute to an annual publication with a 110-year history.

A space for Asian-American students to bring their authentic selves to conversations around culture, history, and current events.

An open environment for students to gather as a community to share their voice and opinions while discussing culture, history, and Identity while also gaining racial awareness.

Provides students with a chance to discuss a variety of topics surrounding diversity in a comfortable environment.

Raises awareness and addresses injustices faced by LGBTQ+ (Lesbian, Gay, Bisexual, Transgender, Queer/Questioning, and beyond) people and their allies.

Fosters a support network for students of Latin American and Spanish heritage. We aim to unite, educate, and empower Hispanic students and to create a sense of cultural identity.

Open to all students in the Upper School, the Domino Club presents a full dramatic program. Included are three major productions as well as the dance concert.

An all-female a cappella group.

“Stripes” provides an opportunity for male students to have a non-auditioned choral experience in a club setting.

An improvisational group that performs for the Episcopal community at Open Mic Night and other venues.

The honor societies recognize outstanding scholarship in the study of these languages.

An informal group of students, faculty, and staff that discusses favorite fiction, nonfiction, and authors.

Promotes and fosters an appreciation of the Chinese language and culture.

Cultivates interest in Ancient Greece and Rome with fun activities, involvement with NJCL (National Junior Classical League), and an exploration of ancient cultures.

Provides students with a creative outlet in which they can brainstorm new ideas, try writing prompts, and seek writing support from peers.

An opportunity for students to learn an exciting dance choreographed by other students.

Promotes community through the arts and celebrates students’ need to create art beyond the classroom.

Promotes sustainability awareness among the student body in a hands-on fashion as well as implements projects that make a significant impact to EA's environmental footprint.

ESS encourages scientific inquiry among the student body by providing a venue for those interested to convene and discuss all aspects of modern and historic science.

Promotes the French language through conversation, movies, games, food and activities in order to learn about the cultural aspect of France in a social setting that is fun and low-key.

GRASP (Get Real About Social Problems)

Members assist the Admission Office by serving as hosts for prospective students and tour guides for parents.

Gives students an opportunity to experience what being a delegate at the United Nations is like. Students are assigned a country and a committee.

Competes against other high school teams before a Court of Common Pleas judge where a jury of attorneys decides the case and scores the competitors.

Focuses on practicing for the AMC/AIME and solving problems and submitting solutions to prestigious MAA publications.

A member of the First Robotics Competition (FRC), an international “varsity sport of the mind.” The team is challenged to build and program a robot to perform specific tasks against a field of competitors.

The Spanish Club promotes and fosters the use of Spanish in a low-pressure environment beyond the classroom.

Provides an outside experience working on shows in tech crew, and supports the Domino Club productions and other events campus-wide.

Empowers students to share their experience of race and ethnicity.

Discusses current events, political candidates, and issues relevant to the two-party system. All views are welcome for lively debate.