Dr. Freeman is a Professor of History and American Studies at Yale University and specializes in the politics and political culture of the revolutionary and early national periods of American History. She is also a leading expert on Alexander Hamilton's life and legacy. Her work was the inspiration for a song in the Broadway Musical, Hamilton.

During his introduction, Greville Haslam Head of School Dr. T.J. Locke shared, "History helps us understand people and societies, and our hope is that this series will help challenge all of us to consider the importance of history in our own lives." 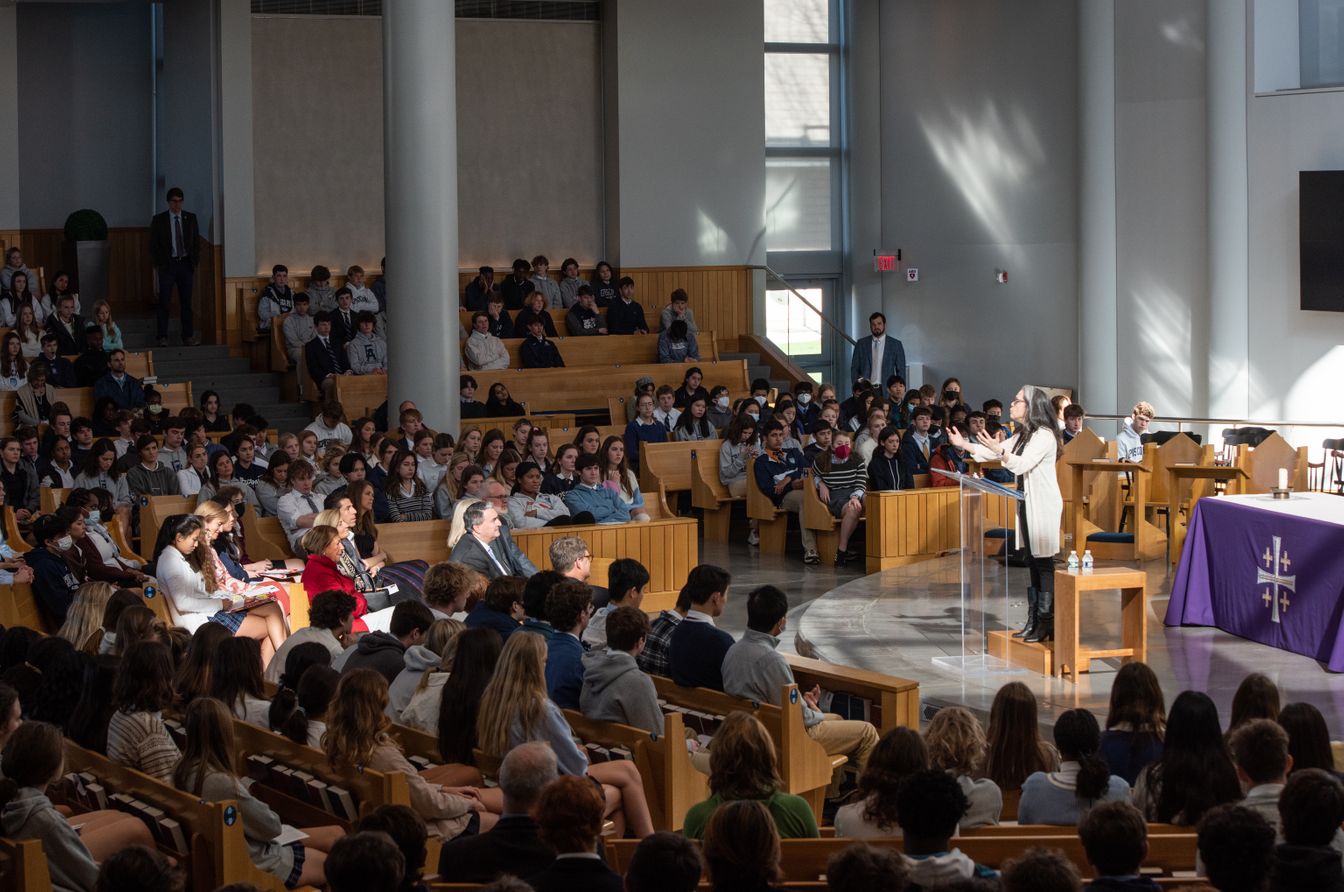 During years of research, Dr. Freeman has documented a significant amount of violence between 1830 and 1860. "I found roughly 70, 7-0, physically violent incidents in the pre-Civil War Congress," shared Dr. Freeman. "I mean canings, fistfights, people pulling knives and guns on each other, duels and duel negotiations. Ok, actual duels did not take place on the House and Senate floor. But they were negotiated!"

Dr. Freeman started working on the book more than ten years ago. "It did not feel quite as timely as it feels today. This has proved to be a really interesting moment to come out with a book that is essentially about members of Congress behaving badly."

She explained not much has been known about this violent era because most of the details were censored out of the period's equivalent of The Congressional Record. "Now there are clues in The Congressional Record, but you notice once you know the violence is there," said Dr. Freeman. "So, for example, now and again, the record says a debate became 'unpleasantly personal at one point.' And in one case that I quoted that from, a congressman pulled a gun on another congressman. And that is 'unpleasantly personal,' but you wouldn't know that from reading the record."

Dr. Freeman pointed out enormous brawls would get a mention but with very little detail. A chaotic fight in 1849 was summoned up in the record as, "The House was like a heaving billow." She faults the Washington press corps. "The newspapers that these reporters were working for were unapologetically partisan. They were supporting a party. No one was trying to be objective in this time period, that wasn't really what the press was about. So as a reporter, it was in your interest to make your party's Congressman look good."

During her research, Dr. Freeman discovered that geography was a driving force behind the violence. "Most so-called fighting men were southerners or southern-born westerners. They tended to be armed all the time. They tended to be more willing to fight, man to man. They were much comfortable with duels," explained Dr. Freeman. "Northerners in a very general sense tended towards rioting."

Dr. Freeman first discovered her interest in history as a 14-year-old when she began reading autobiographies, starting with the letter A, and became fascinated with Alexander Hamilton.

Forty-plus years later her book, Affairs of Honor: National Politics in the New Republic, served as a reference for Hamilton creator Lin-Manuel Miranda. "There is a song in the musical based on a chapter of my book which I realized when I was in the audience at the theater and looked up at the stage, it's the 'Ten Duel Commandments,' and they sang a document that I found at the New York Historical Society," reflected Dr. Freeman. "And I thought, I'm the only one who knows that, that's my document! And when I met Lin-Manuel Miranda a little later, I said 'is that song, did you read my book?' He said 'of course, that's based on your book.' Ok, I get to be a historian sitting in the audience having my book sung." 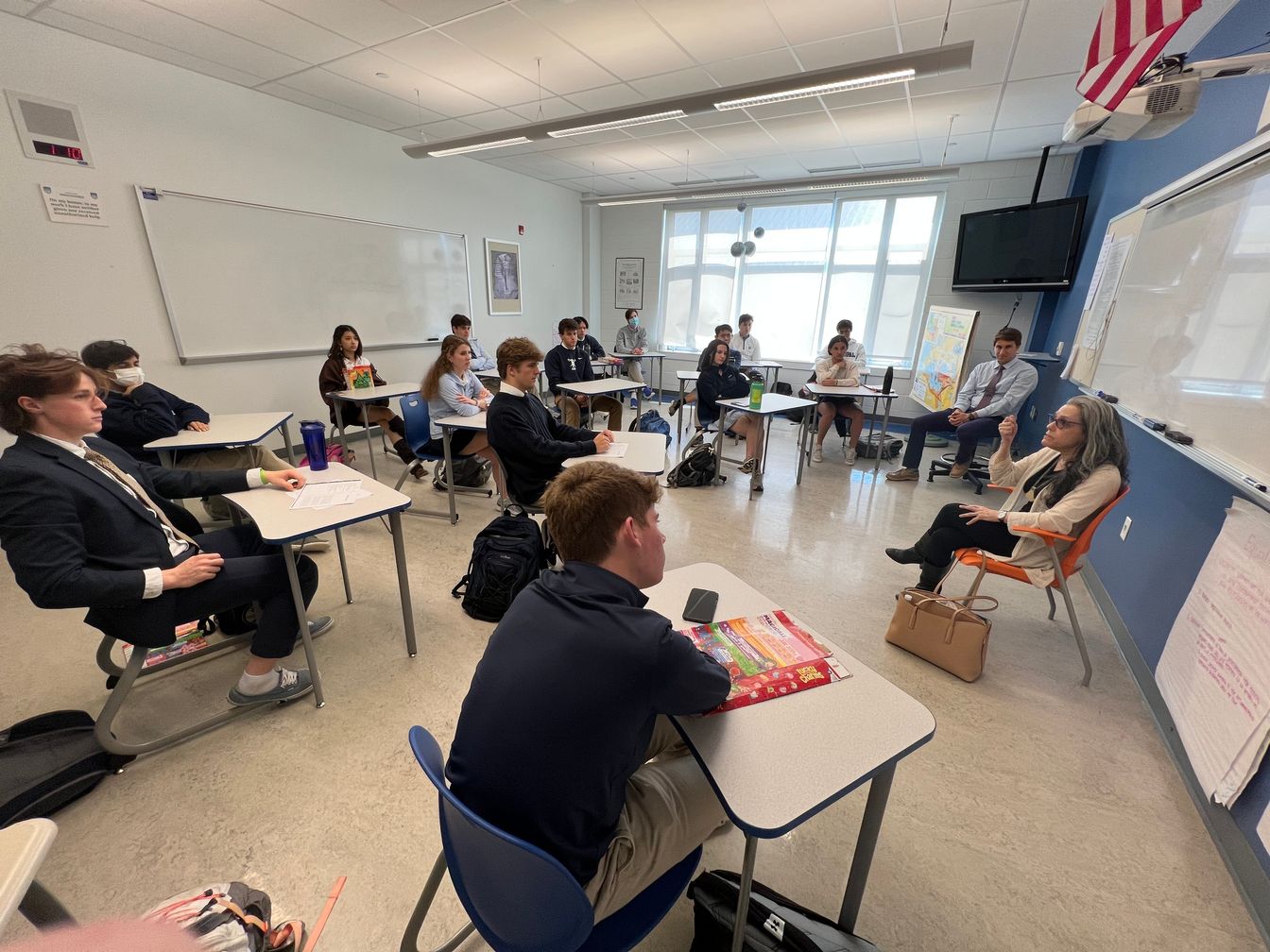 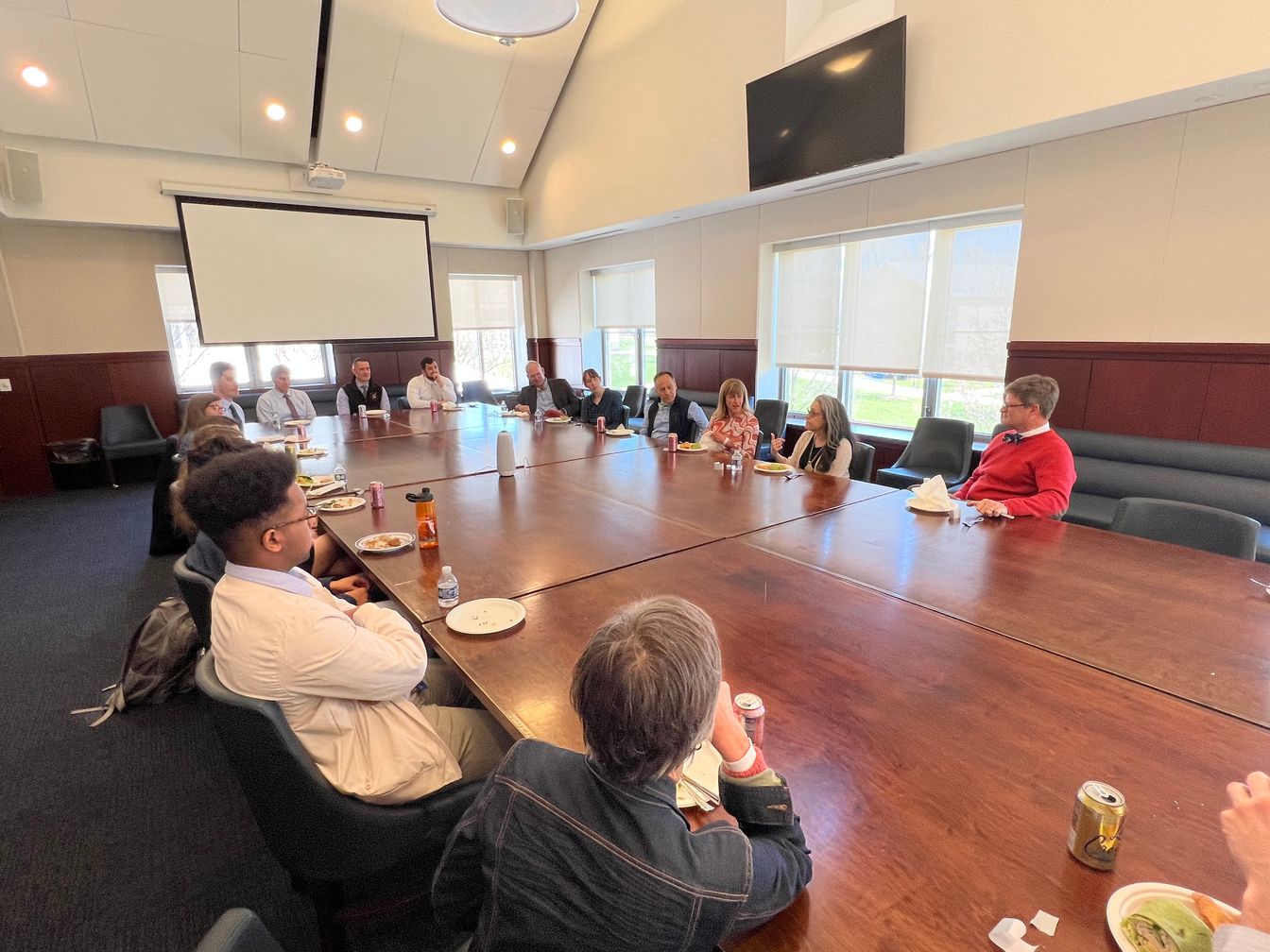 Upper School students had the opportunity to talk with Dr. Freeman over lunch and during her visits to AP Government and AP U.S. History classes.