Sgt. Mula performed parts of Luigi Bassi's "Rigoletto Variations," and also quizzed students on patriotic melodies. "It just keeps getting better and better the longer I play," said Sgt. Mula. "The more you learn, the more fun it gets. I often speak with adults who wish they had not quit playing [their instrument]." 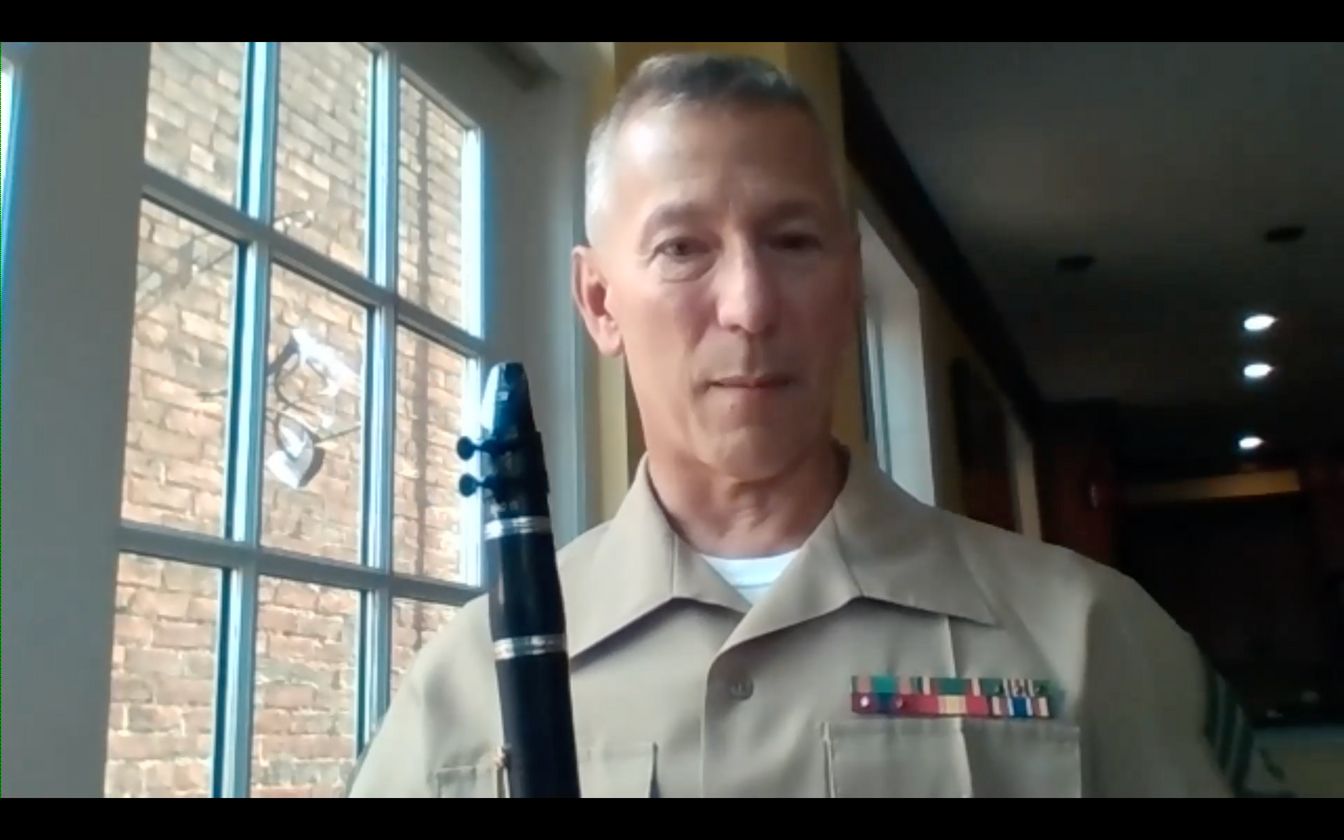 He also discussed the technical aspects of playing in the band that performs for Marine Corps and White House events. "When a military leader from a foreign country comes to visit the Pentagon, the band plays the national anthem from that country before playing "The Star Spangled Banner," explained Sgt. Mula. He is one of 25 clarinetists in the band.

The Marine Corps band is nicknamed The President's Own. Sgt. Mula started playing the clarinet in the 4th grade and has served 25 years with The President's Own. He has performed with Beyonce, Lady Gaga, Jennifer Lopez, and composer John Williams- who wrote the scores for Jaws, E.T. Star Wars, and several of the Harry Potter films.

"Throughout the year, the Middle and Upper School bands engage with various musicians from The President's Own, and other U.S. military bands, to enhance our music curriculum," said Band Director Ryan Dankanich, Hon. 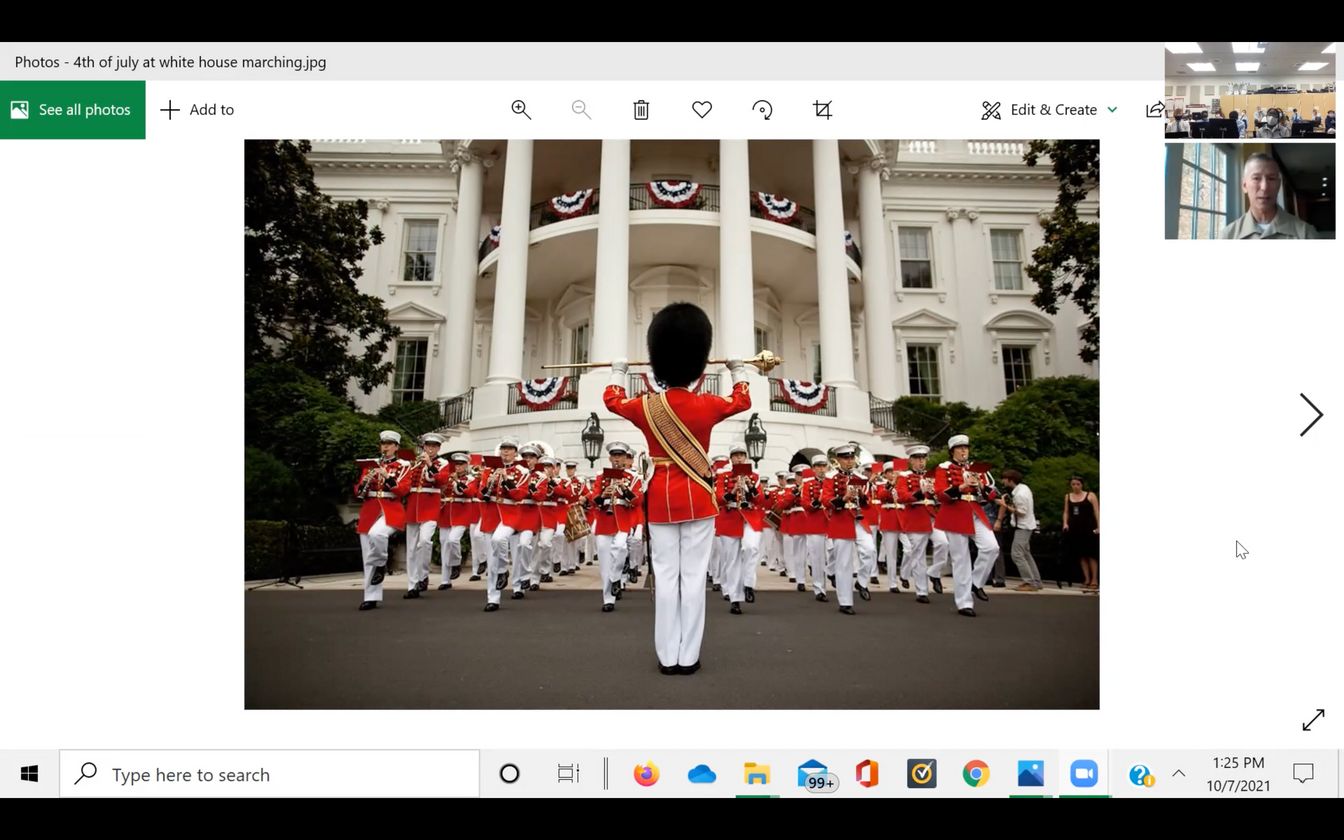 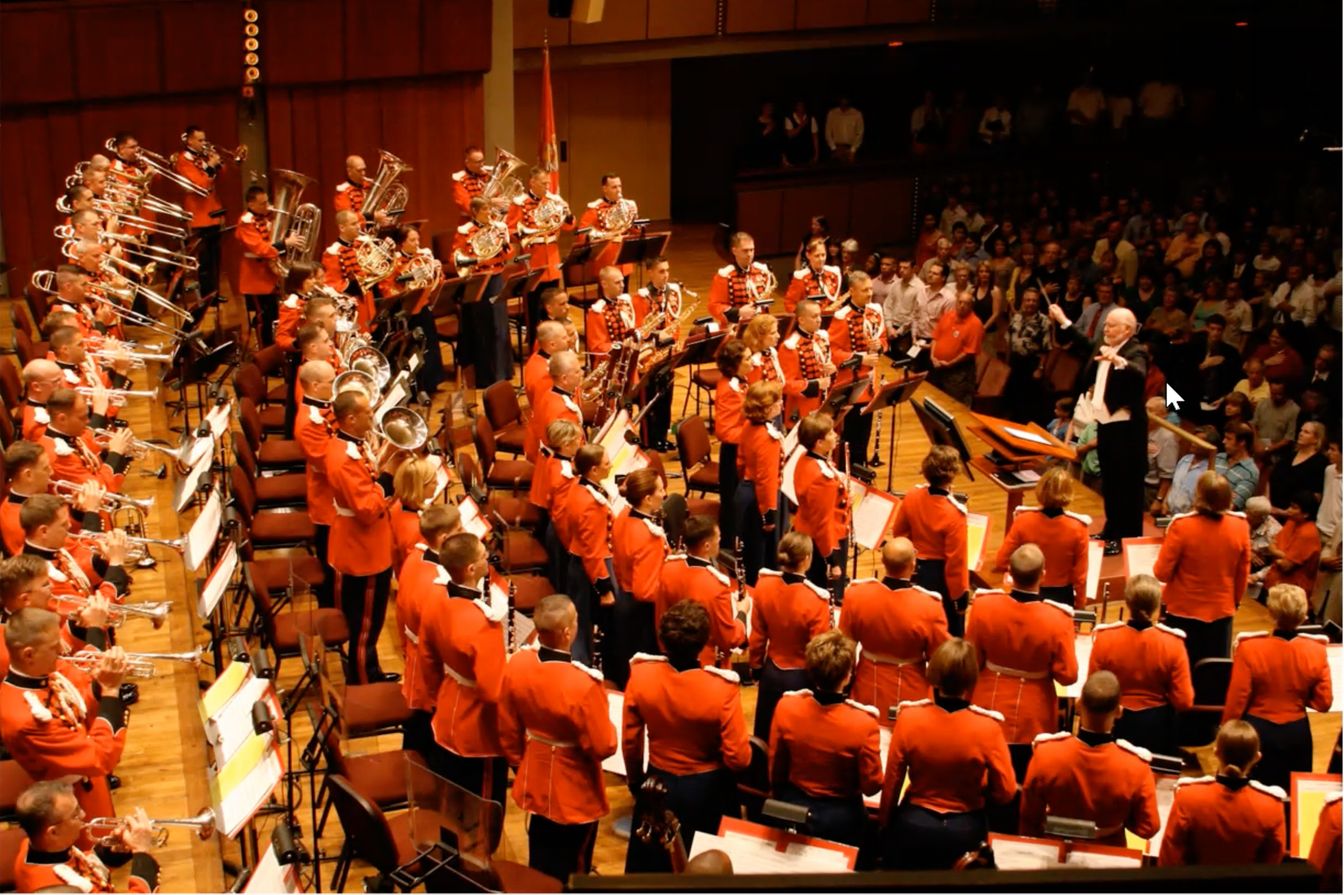