Remote and hybrid learning, social distancing, and wearing a mask did not stop The Domino Club's fall production of She Kills Monsters: Virtual Realms.

"Most of our theatre students would feel a real loss without the chance to do some version of the fall play, especially our seniors," said Theatre and Dance Department Chair Dan Clay, Hon. "All of our students are going to be more resilient as a result of this pandemic, especially if they can learn to see opportunity in the setbacks."

She Kills Monsters, by Qui Nguyen, is a humorous tale about friendship, loss, and acceptance. Watch here.

"We were already considering a traditional version of this play when the author released an online version," explained Mr. Clay. "It was perfect. Up until the last minute, we didn't know what version we were going to be able to do, but it worked out well."

Sixteen cast members and seven members of the stage crew met on a rotating schedule after school to rehearse and work on the technical aspects of the show.

"We rehearsed on campus in three phases reading through each scene, doing memorized rehearsals, and then walking through the at home filming requirements," said Mr. Clay. 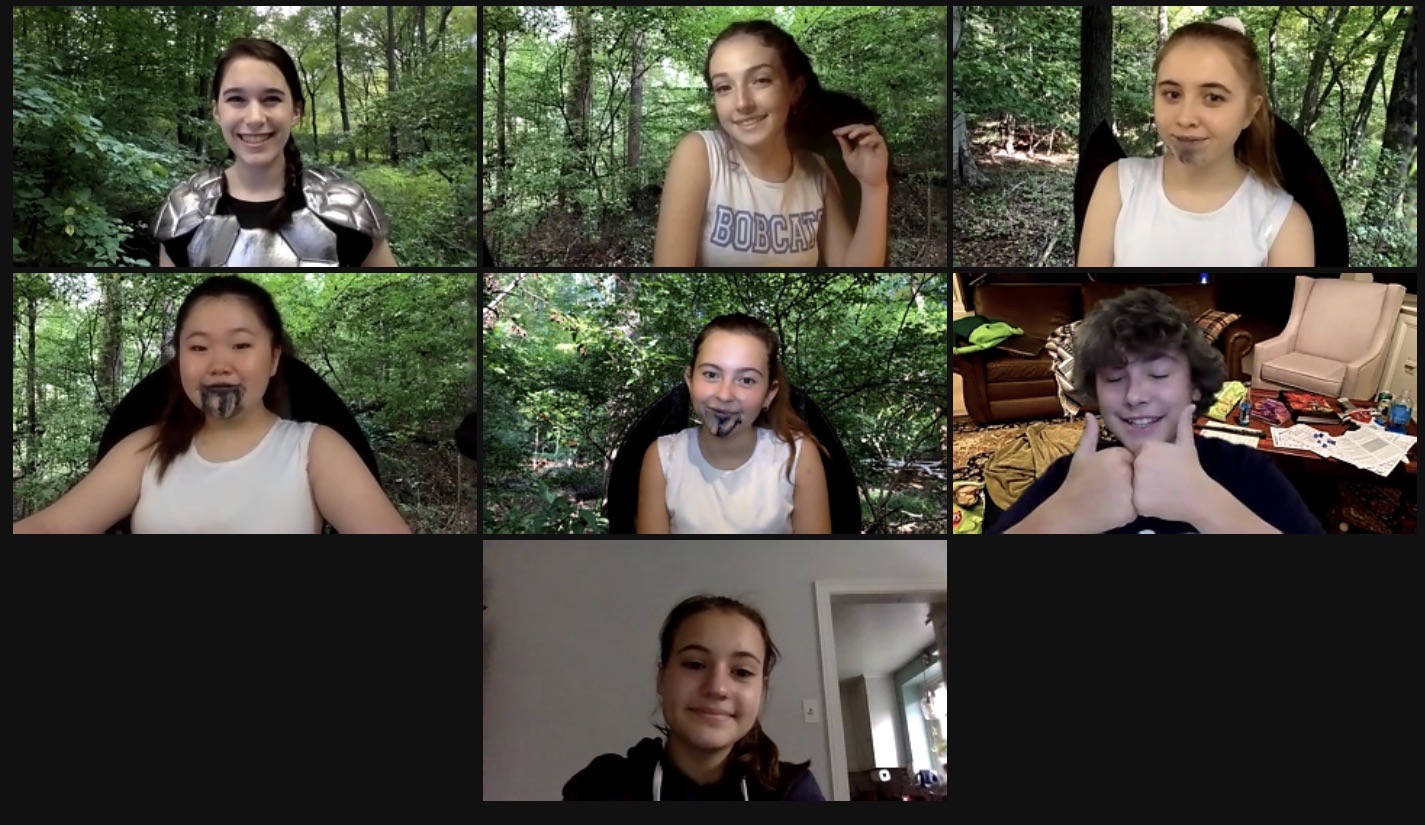 Students then recorded their portion at home in front of a green screen, along with a microphone, and ring lights provided by the theatre department. "We'd all meet up on Zoom and film the scenes. We also had to film some of the special effects here at school, but because there's no big ensemble scenes, we were able to do so and stay socially distanced."

"For the filming set-up we used a green screen, a few ring lights on stands, and an iPad to record," explained stage manager Sydney Clemmer '23. "Some filming days were really long and tiring, but in the end, filming was really rewarding."

Actors experienced the major differences in acting for film versus acting onstage. "It requires less rehearsal, but more patience," said Mr. Clay. "Actors got to try things over and over again, play with different choices and receive feedback in real time."

As with most productions, students faced some technical challenges, but persevered. "Creativity often happens when one is given limitations. Making sure the show goes on is not only a way to keep our spirits up, but also a great chance to exercise our imaginations," said Mr. Clay. "I think the biggest loss was the build-up to production week that usually happens and the live exchange that happens between audience and performers. Nothing can replace that. I am really proud of the students' resilience and flexibility this year. They have stayed positive despite all that has changed."

The Domino Club is still considering its options for the spring musical. "Possibilities change day to day," said Mr. Clay. But rest assured, the show will go on!

"The whole thing ended up being really cool, not perfect, but we had fun and worked hard. That's what's important," smiled Mr. Clay.

"It was important that we continued with the play because it's something I genuinely enjoy, and even though it was much different this year, I was just happy to see and work with everyone," said Sydney. "I'm really proud of everyone's hard work and I think all the time and effort put into this production really shows in the final video."