An endowed scholarship has been created in honor of longtime EA coach Curt Lauber '63. Coach Lauber took over as full-time boys' varsity soccer head coach at EA in 1972, and from 1972 to 1981, his teams went on an unbelievable run, winning five outright Inter-Ac championships, sharing another, and compiling a phenomenal 127-19-27 (wins-losses-ties) record. In 1972 and 1980, Coach Lauber's teams went unbeaten in the Inter-Ac, while his 1977 Inter-Ac Championship team compiled the best win-loss-tie record (15-1-1) ever by an Episcopal eleven and set a record for least goals allowed in a season (seven) in addition to never allowing more than one goal per game. In 2005, Coach Lauber was inducted into EA's Athletic Hall of Fame.

Coach Lauber was an astounding success as a skilled and resourceful player and a winning coach at every level at which he competed. His most lasting legacy may well be that his players trusted and respected him, so when the 1977 Boys' Soccer Team was inducted into the EA Athletic Hall of Fame during the 2022 Alumni Awards Ceremony on April 30, it proved to be a ceremonious occasion to honor and celebrate their beloved coach.

"Great coaches not only win, they make enduring impressions on their players' lives," the team said during the 2022 Alumni Awards Ceremony. "Coach Lauber's fondness for and commitment to his students was unmatched, and so we feel it would be most fitting to endow a scholarship fund in his name that will support EA scholar-athletes in perpetuity." 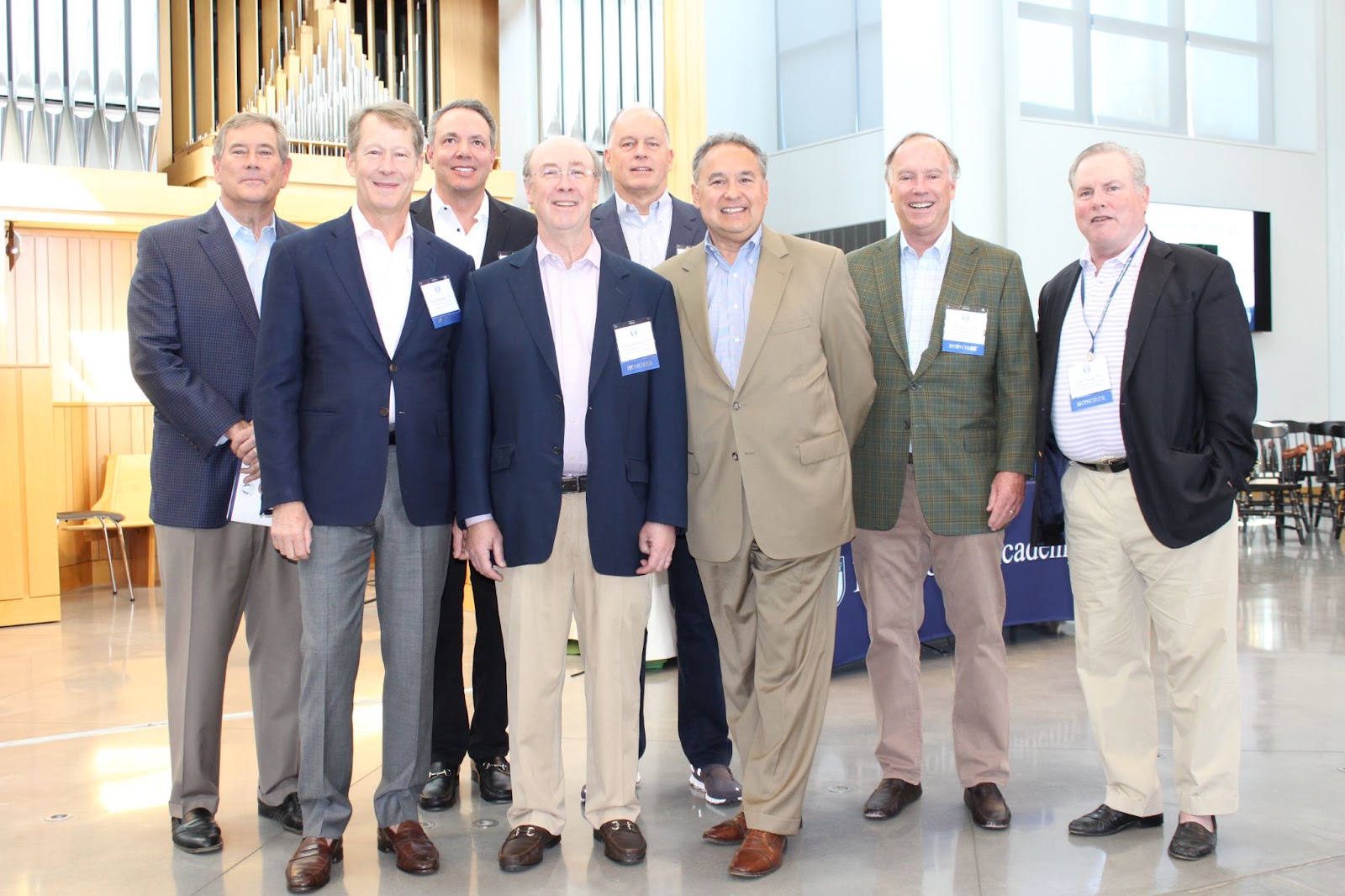 Of the 1977 soccer team, Curt fondly remembers that they were "such a well balanced team, with strength at every level. They were also a lot of fun to coach."

His favorite part of coaching was always watching players get better. "I loved watching them and helping them develop the skills they need to play their position well," Curt explained. "For me, the question was always, 'What's the next level of play and what do we need to get there?' As a coach, you just know inherently that what you're doing is worthwhile when the players get better and start to feel their strength."

Curt, who spent 29 years at Episcopal—13 as a student and 16 as a teacher and coach—says EA was very much like a home to him, with his favorite non-soccer memories centering around the Merion campus itself. "Things like the rhododendron bushes lining the old Chapel next to Bonsac Field and the walk that ran around the southside of the football field between the field and City Line Avenue... why these images stand out I'll never know," he said. For him, the announcement of the scholarship feels almost like "closing the loop" on his time at EA.

Thanks to the leadership and generosity of two members of the Class of 1977 team, initial funding was secured to officially establish The Curtis A. Lauber '63 Scholarship Fund.

This scholarship will provide financial assistance for Episcopal student-athletes who embody the characteristics demonstrated by Coach Lauber himself: dedication, resourcefulness, leadership, and a passion for the sport of soccer. It is the third scholarship of its kind at EA, and in the company of similar scholarships established to honor legendary coaches Gina Buggy (field hockey) and Dan Dougherty (basketball). We thank those who have already given generously to support this fund.