By the smallest of margins (.9 of a second), Team EA lost in the Sweet 16 round of Rowers Choice virtual spring racing season.

"We had the fifth fastest split overall of the 16 crews but were beaten by Monmouth Jr. from New Jersey," explained Coach Molly Konopka. EA clocked a time of 1:44.8, while MJRC posted a time of 1:43.9.

"Our guys did a great job working through the holiday weekend and this crazy time," said Coach Konopka.

Team EA, one of two EA Boys' 4+ teams competing in virtual racing, has advanced to the Sweet 16.

"We had a virtual tie with our competition [Row New Jersey A], but since one of our rowers had a faster time - we got the win," said Coach Molly Konopka, Hon. The rowers eked out the win with a time of 1:39.5

Students are learning there are all kinds of things they never dreamed of doing virtually. "The rowing team is still competing!" explained Varsity Rowing Coach Molly Konopka, Hon.

In an effort to keep the spring rowing season underway, the boat company Rowers Choice set-up virtual racing for teams throughout the country. Two EA Boys' 4+ teams are competing. "We have two boats entered and both are in the top 64-boat bracket. Our first boat is ranked #5 on one side of the bracket, and our second boat is #14 on the other." The first simulated race was a 4800m, Head of the Charles.

Coaches submit each rower's timed erg pieces to the Rowers Choice website where final race times are calculated and added to the brackets.

"The boys did a 'seeding' race of 2112 meters (the distance of the Royal Henley Regatta in England) on the ergometer and submitted the average of their times on March 31," shared Coach Rob Maier, Hon. "The race organizers then published the draw with two brackets of 64 boats each for the Junior Men, for a total of 128 boats in the competition."

"This virtual ergometer rowing race has reinvigorated the purpose and drive to improve for our team by giving us goals and competition against other schools and clubs," explained Co-Captain Owen Maier. "We have been doing a lot of ergometer rowing during this forced isolation and sharing scores, which is great for endurance but hard mentally." 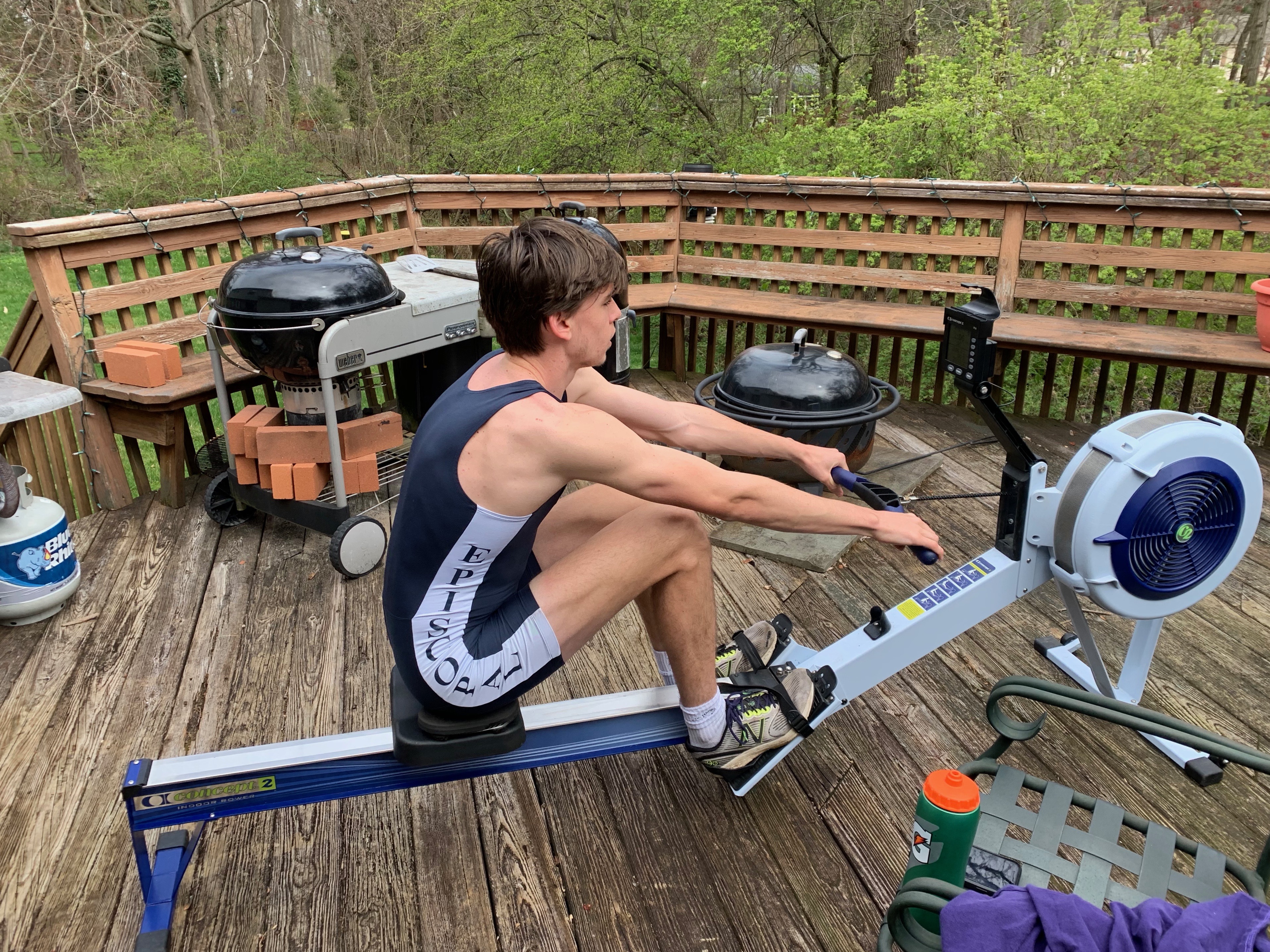 "If they progress through the ladder, the next race is the 'Ted Nash' (a storied college and National team coach) 2500-meter race," said Coach Maier. "That will be followed by a four-mile 'Harvard-Yale' distance race, then a 1500-meter 'Stotesbury' distance race, a 750-meter sprint race, and the final 'Championship' 2000 meter race."

"It's tough not having all of my teammates and coaches around during the workouts," shared Owen. "This racing has been a great outlet to capitalize on the hard work we have put in during the season."