The Episcopal Academy graduated 144 seniors during its 234th Commencement exercises on Thursday, June 6 in The Class of 1944 Chapel. 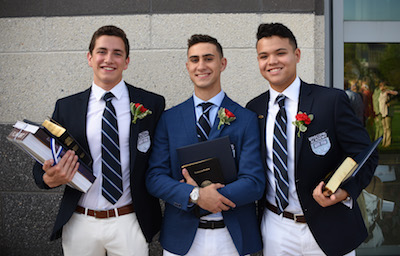 Students were recognized for their accomplishments and congratulated by Dr. T.J. Locke, Greville Haslam Head of School; Dr. Steven E. Copit '80, Chair of the Board of Trustees; Mr. Mike Letts, Head of Upper School; and Ms. Cheryl McLauchlan, Form Dean. 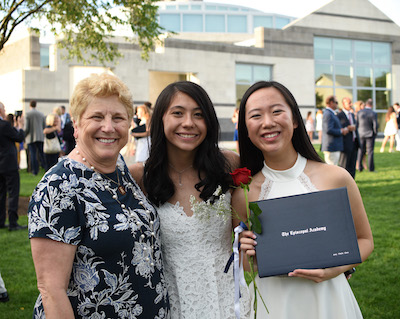 This year's student speakers were valedictorian Amy Chen and salutatorian Mackenzie Lee, who commented on the lasting impact the school had given its graduates as they look toward the next chapter of their lives.

"Episcopal has inspired us to be kind and generous, assisting each other as allies instead of working against each other as competitors," said Valedictorian Amy Chen. "Episcopal has taught us how to challenge ourselves and pushed us to achieve things we would have never even thought were possible."

"Let us find comfort in the undeniable and bold uniformity that binds us all as Episcopal graduates, while continuing to stand apart because of the unparalleled foundation this school, our teachers, our mentors, and our friends and families have given us," she said.

However, while students remarked on what The Episcopal Academy had provided to them, Greville Haslam Head of School T.J. Locke shared the impact of the students' character and integrity on the school as a whole. 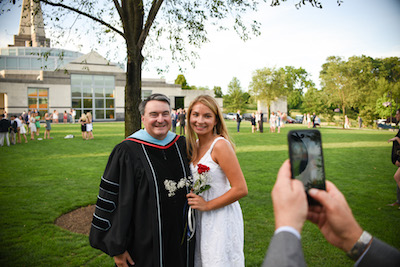 "You make the school. You make the culture," said Dr. Locke. "We try as adults to influence it, to establish rules and norms, to model behaviors, to teach values - but a school's culture depends on you." 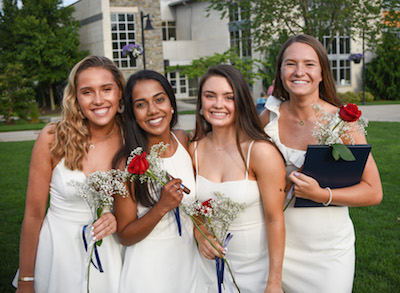 In his speech, Dr. Locke provided examples of how the students' character and integrity formed a lasting legacy on The Episcopal Academy and its culture, from how the students interact with prospective families and young students, to how they rose above childish taunts at a fall football game by proudly singing the alma mater.

"I know many of you have been reflecting recently on your years at EA and perhaps what this school has done for you. But what I want you to know is that any amount of influence we have had on you falls short of the impact you have had on us."