The girls' golf team has won the coveted Inter-Ac title for the second year in a row.

The team marked its second consecutive undefeated season, finishing league play with an 8-0 record, and has won 16 matches in a row over the last two years.

The team secured the championship win on Wednesday, May 1 in the final match of the season against Notre Dame at Overbrook Golf Club with an impressive score of 217-250. Lauren Jones '21 was the low scorer for the match, shooting a 39.

"It was another banner yEAr for the golf team!" shared head coach Kim Farrell '84. "With great captain leadership and team chemistry, we had an incredible season. I am so proud of our players." This year's senior captains are Minjee Cho, Cam Stapleton, and Gracie Reilly.

"The momentum started last spring by winning our first Inter-Ac title," explained coach Farrell. "The returning players welcomed the challenge of trying to win the league and go undefeated again. The girls knew that this goal would require them to play regularly in the off season."

The team trained in Florida over Spring Break. "Scoring averages for all the returning players dropped by an average of 10+ strokes. One player tied their lowest score and the rest of the players lowered their personal best," said coach Farrell. "We had three golfers shoot in the 30's, a program first (Cam Stapleton, Lauren Jones and Kathleen Mark). Kathleen's 33 is the lowest score an EA player has ever shot."

The team broke records at its home course (White Manor Country Club) and at several away matches.

"We set team and individual goals before the season; the players had high expectations for themselves and the team. I am proud of the way in which they accomplished them," said coach Farrell.

"It has been great fun watching the evolution of the girls' golf program under the direction of coach Farrell," said Athletic Director Gina Buggy, Hon. "This year's team demonstrated tremendous determination in their quest to repeat as League Champions. Congratulations to all of the golfers for challenging each other and for working together to achieve this level of success- it was a real team effort!" 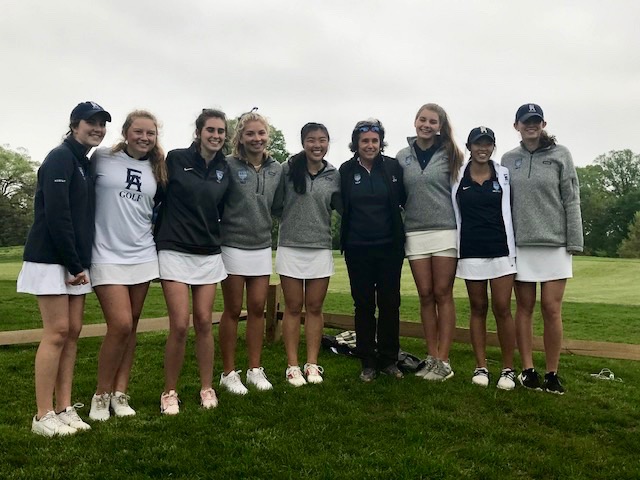