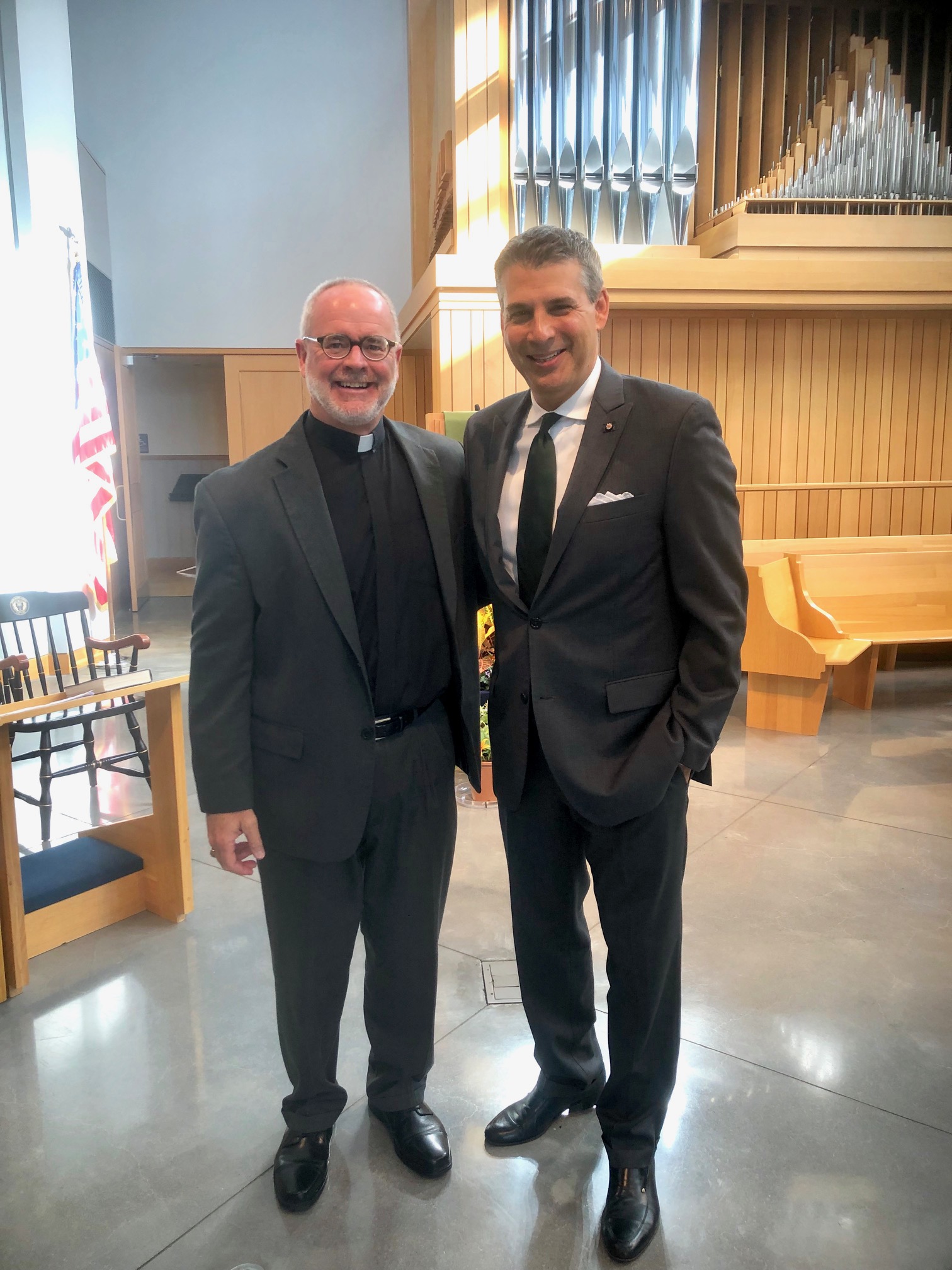 On Sept. 10, Middle and Upper School students, faculty, and staff gathered in the Chapel for an annual remembrance of the September 11th attacks.

This year's speaker was Andre Stephano '89, a third-generation EA alum, former Marine Corps Platoon Sergeant and Navy Intelligence Officer in the Reserves. While working for a unit based near New York City in 2001, Mr. Stephano gave a classified briefing at Ground Zero on December 7th, 2001. In the years to follow, he did reserve service as an Intelligence Watch Officer onboard the Aircraft Carrier USS Enterprise (CVN 65) in the Persian Gulf (2004) and in the Atlantic off of Western Africa (2005). He then joined a unit supporting the Defense Intelligence Agency. This unit trained in the use of biometrics and forensics as counterterrorism tools. After working for seven years in the use of these and other intelligence gathering and sharing capabilities in military and civilian capacities, Mr. Stephano trained in interrogation in 2013. The following year, he deployed to Afghanistan to run a national program that trained Afghan military and police forces to utilize biometrics and forensics to track down Taliban and ISIS terrorists and bomb makers.

He began by asking the students to be grateful for the blessings and advantages that they enjoy. "We are born free, with real opportunity for a successful, joyful life." He went on to say that children in this country are fortunate by virtue of our democracy, strong economy, and freedoms. It's important, he added, to be positive and thankful for this, even though it can be hard to do so, especially on a tragic day.

He told the story of Jeff Coale '88, who lost his life on 9/11 while pursuing his dream to become a restaurant owner while working at Windows on the World in the World Trade Center. Mr. Stephano implored the students to remember that, "Jeff sat in Chapel at Episcopal, as you do today. Jeff graduated the year before I did. Like you, he was a nice person with a family and friends and a great future."

He went on to share his views on some of the challenges we face in a post-9/11 world. His advice for this generation is to recognize that we all have a role to play in facing today's challenges. He advised students that we should live a full life and give freely of ourselves.

"Giving is the true source of our strength as a nation and as human beings," Mr. Stephano said. "As you build your own life, give to others as you would your own family, and you will be working towards a safer and better world and honoring the lives of those lost on 9/11."