The game begins with the text, "You've been transported to what seems to be a tropical paradise; however, this world is much darker than the one you are used to." 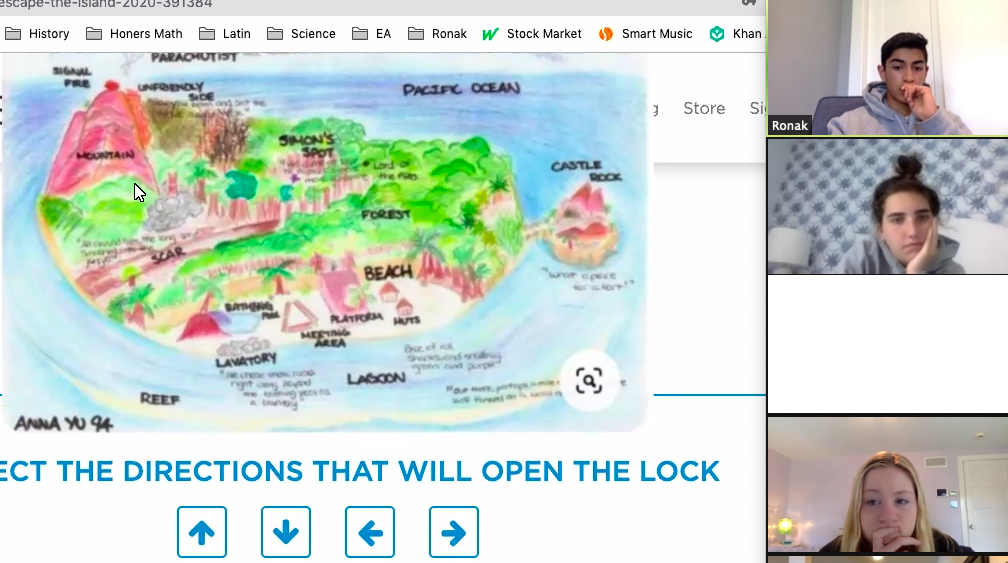 "The answer to your safety and a rescue boat large enough for all of you is hidden on the island," the prompt continues. "Follow the clues, solve the puzzles to find your way off this evil island, and save this group of varied personas from the dark evil that lurks on this island."

Students in Mark Luff, Hon. and Heather Dupont, Hon.'s 8th grade English classes were tasked with working in groups of four to work their way through the puzzles together. Each group worked in their own Zoom breakout room as they tried to "escape the island" in under 30 minutes.

Each question, related to Lord of the Flies by William Golden, prompted the students to come up with alphabetical or numerical codes to unlock the puzzle and move on to the next location on the island. If they got stuck, Mrs. Dupont could join their Zoom breakout room and provide clues to help them along. 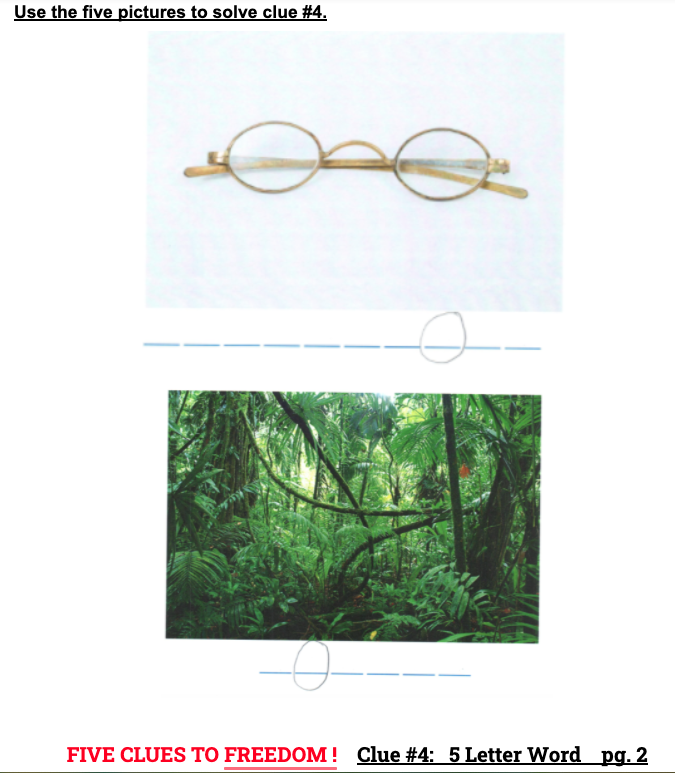 One puzzle required the students to look at images with letter blanks beneath them, with one letter circle for each clue. Once the circled letters were put together, the escape code revealed itself.

"I like the lesson because it gets kids working together to solve difficult problems," shared Mrs. Dupont. "They learn from each other's unique way of thinking and problem-solving. It also requires them to engage with the text and think at a higher level as they work to solve the problems presented."

Last year, Mrs. Dupont and Mr. Luff worked together on a real breakout game for their classes, using actual locks, keys, and boxes. They didn't want students to miss out on this activity this year, so they created this virtual version.