Dr. Person opened his talk by recalling when he was a teenager his father told him, "You can do anything you put your mind to do, and don't ever forget that."

Dr. Person still carries that important message today. "In his own words, my dad defined for me the American dream," said Dr. Person. "The American dream is an enduring belief that no matter who you are or where you came from, that you have the opportunity and the right to pursue your best life, liberty, and the pursuit of happiness."

After graduating from Episcopal, Dr. Person attended the United States Naval Academy where he was a standout student and football recruit. "I served my country as a naval officer to defend the American dream," explained Dr. Person. "Now I am a parent. The one thing I want more than life itself is for my children, and each of you, to believe it too. You matter big time. You can do anything you put your mind to do, and don't ever forget that." 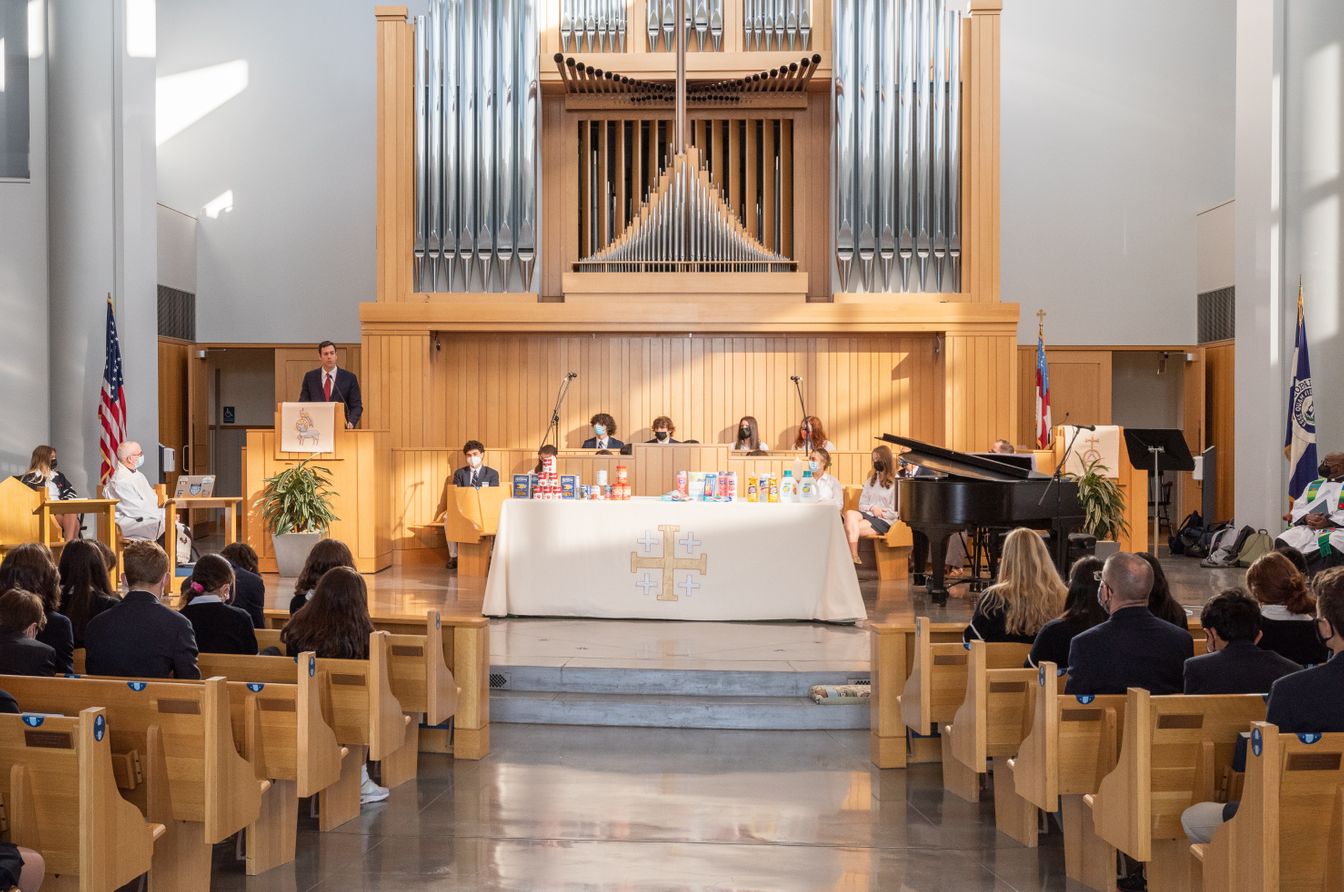 Dr. Person served in Operation Desert Storm and Desert Shield. He led the safe navigation and flight operations of the nuclear carrier USS George Washington and amphibious ship USS Guam in the Mediterranean Sea, Adriatic Sea, and the Persian Gulf.

"In a world full of today's perils and possibilities, let us not forget that the American dream has endured brutal wars, the stain of slavery, oppression, economic depressions, and pandemics," said Dr. Person. "The American dream is not just a dream, it is a foundation of who we are and the longest living democracy in the world."

Dr. Person was the oldest of seven siblings to attend The Episcopal Academy. While at EA, he excelled in academics and sports - lettering in both football and basketball and led the football team to victory during EA/Haverford Day in his senior year. As a senior at the Naval Academy, he was selected to the NCAA Division 1A All-Independent football team and awarded Navy Football's Most Valuable Player.

"Thank you for celebrating with me today the spirit of America. I wish each of you that same spirit and grit when you compete against Haverford and Agnes Irwin tomorrow," said Dr. Person. "The American dream is now in your hands. One day at a time. Each of you matter. You matter very much. In the words of my father, you can do anything you put your mind to do, and don't ever forget that."

The Edward H. Vick '62 Veterans Day Chapel is offered each year in recognition of the United States armed services and to honor veterans and active-duty members of The Episcopal Academy community who have fought to preserve the freedom and values of the United States. 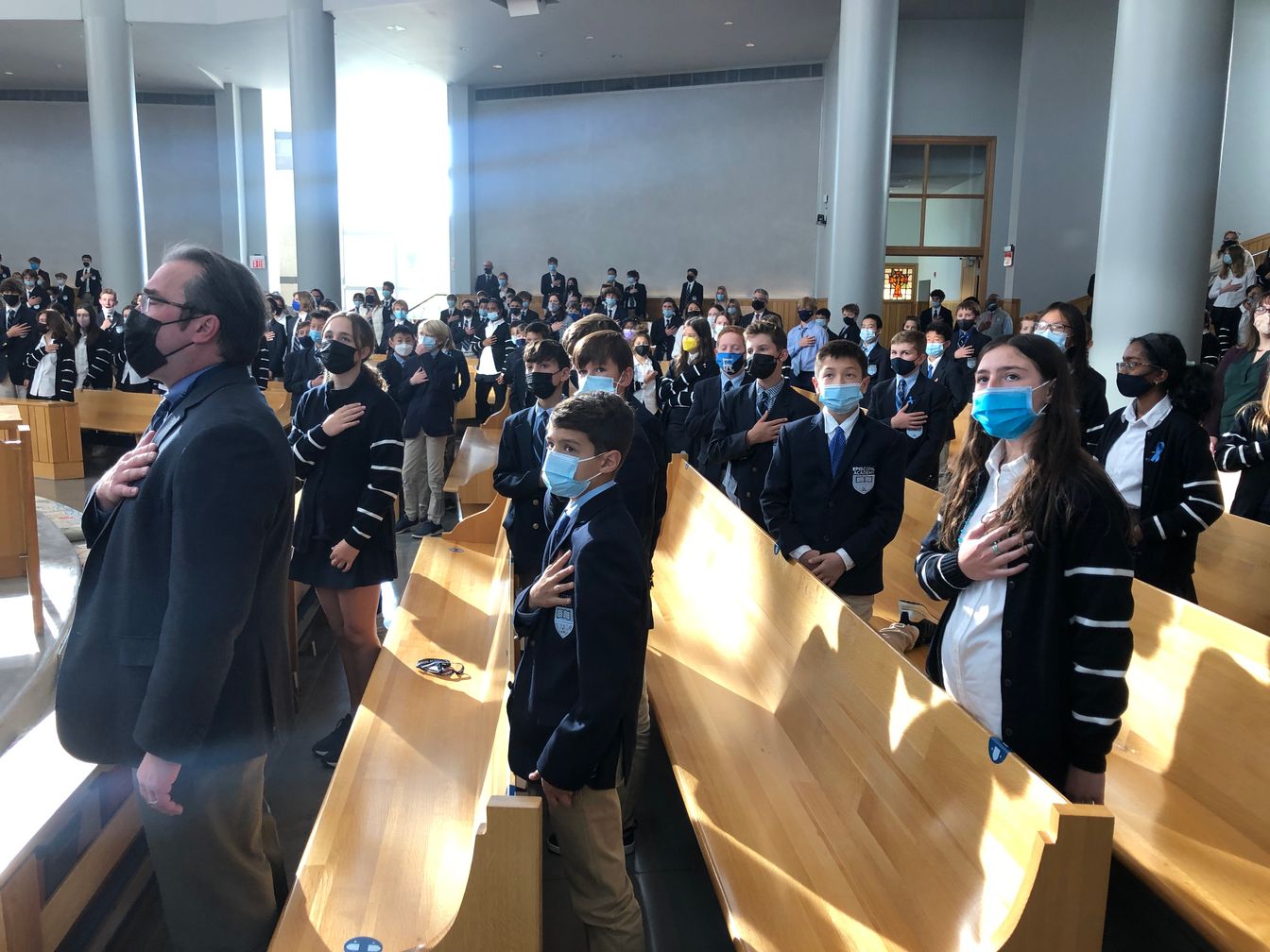 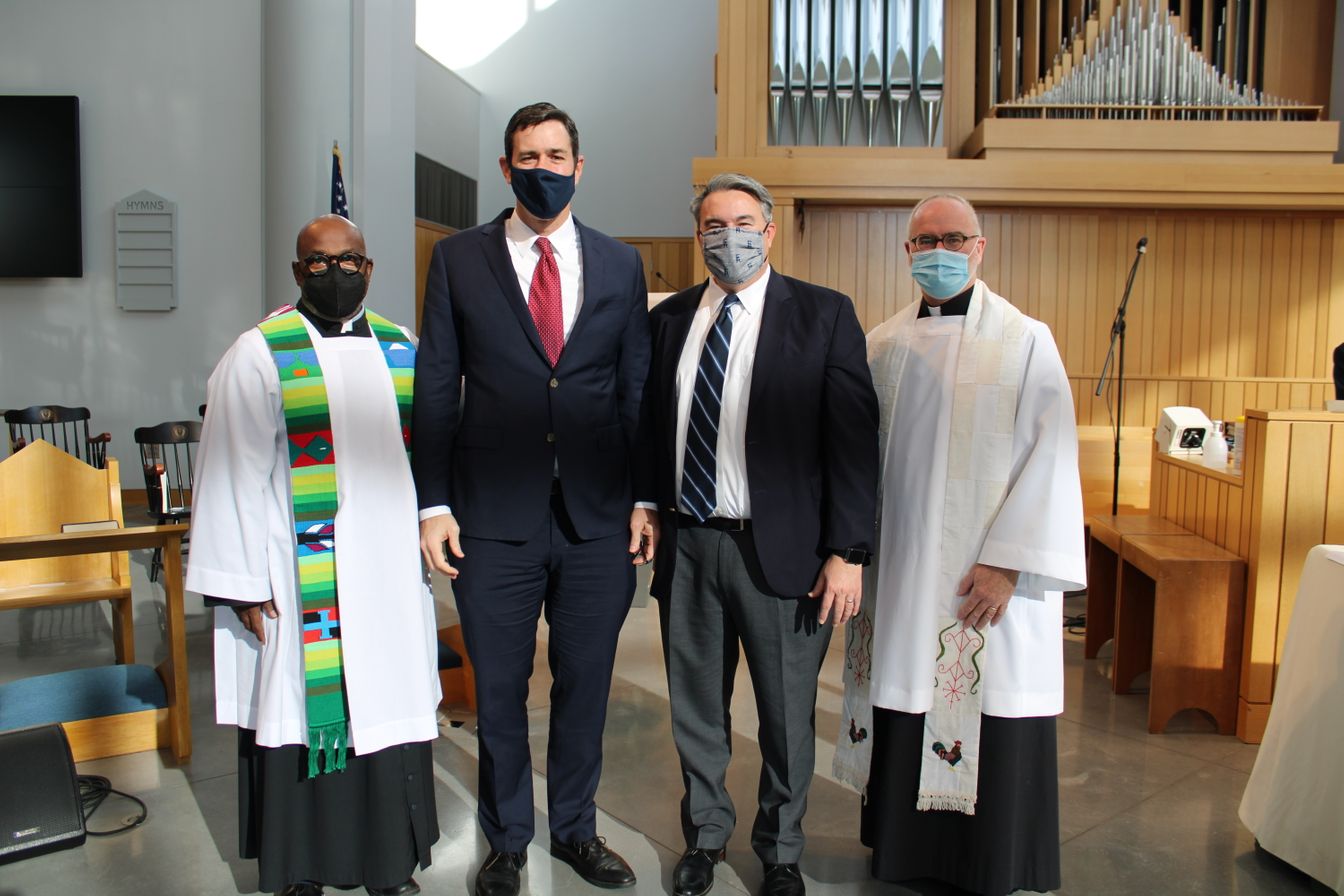