"Colin and I grew up together, dancing at the same studio in New Hampshire," explained Mrs. Lavallee. "His mom 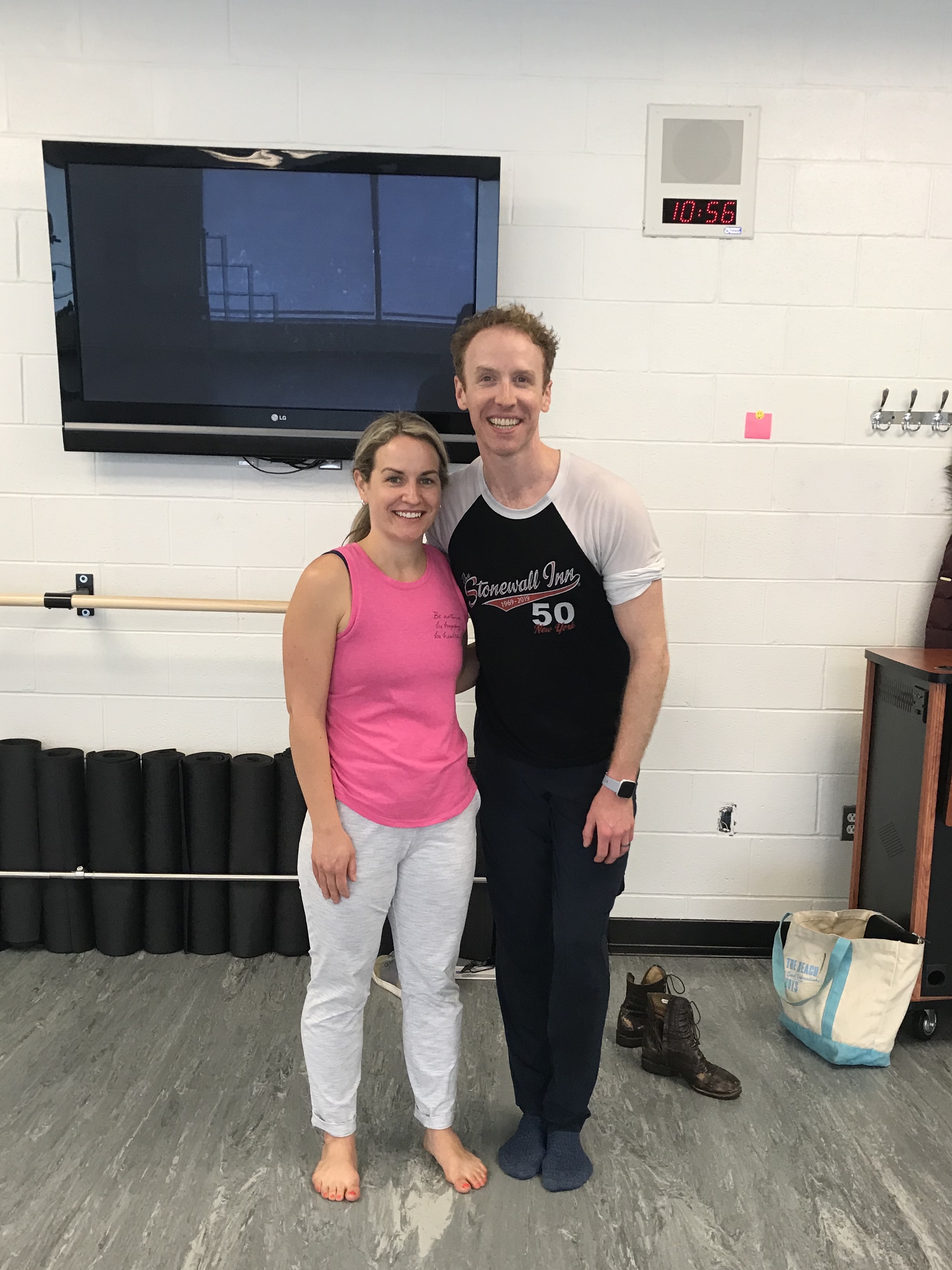 was my ballet teacher for many years. She made me love and stick with ballet training over the years."

Colin is currently on tour with Hello, Dolly! and is performing Feb. 19 - March 1 at the Academy of Music. "I've been trying to get him to EA for a few years now, and the timing worked out perfectly with his Hello, Dolly! tour schedule."

"It was amazing to learn from someone who had actually been on Broadway," shared Arielle Ketchum '20. "Knowing that he and Mrs. Lavallee grew up together and danced together made it even more amazing. Hearing about his story of moving to New York after high school to dance was awe inspiring." 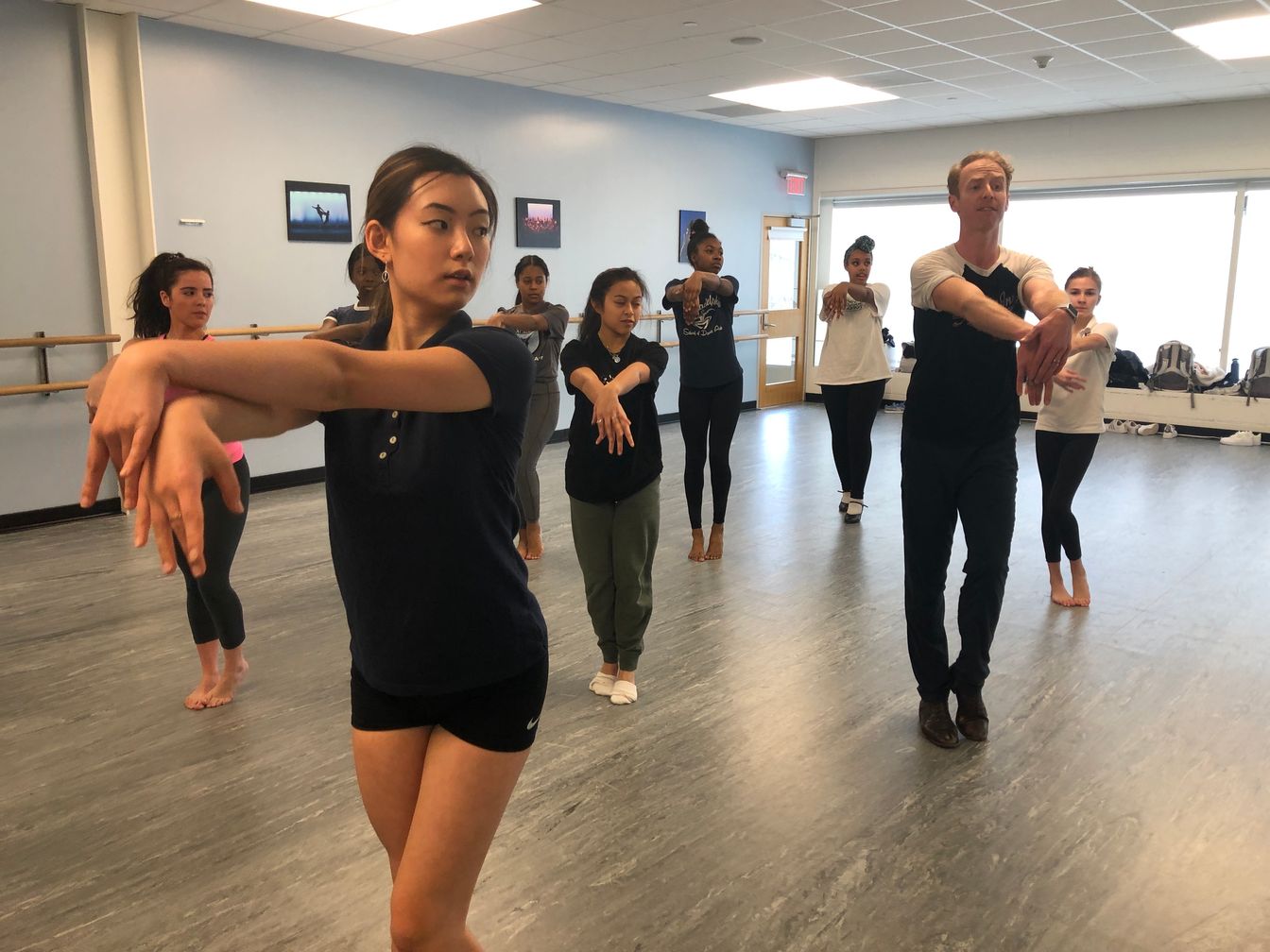 Students learned a musical theater routine from the show Curtains. "The class was very fast-paced, mimicking a professional audition or Broadway rehearsal. The students loved it. Some students even brought their own character shoes for the occasion," said Mrs. Lavallee.

"It was a fast paced class, but being in dance and having taken other dance master classes I was used to it," said Arielle. "I loved Colin's upbeat positive energy. It made the class even more fun."

Colin moved to New York City when he was 18 years old and made his Broadway debut eight years later in Come Fly Away. He has also performed in Broadway productions of Carousel, Charlie and the Chocolate Factory, Bombshell, and the Radio City Christmas Spectacular. In addition to Hello, Dolly!, Colin has performed in the national tours of The Book of Mormon, A Chorus Line, and 42nd Street.
"I'm so glad it worked out," said Mrs. Lavallee. "It was a special moment for me to have my students meet
someone whom I have admired for so long!" 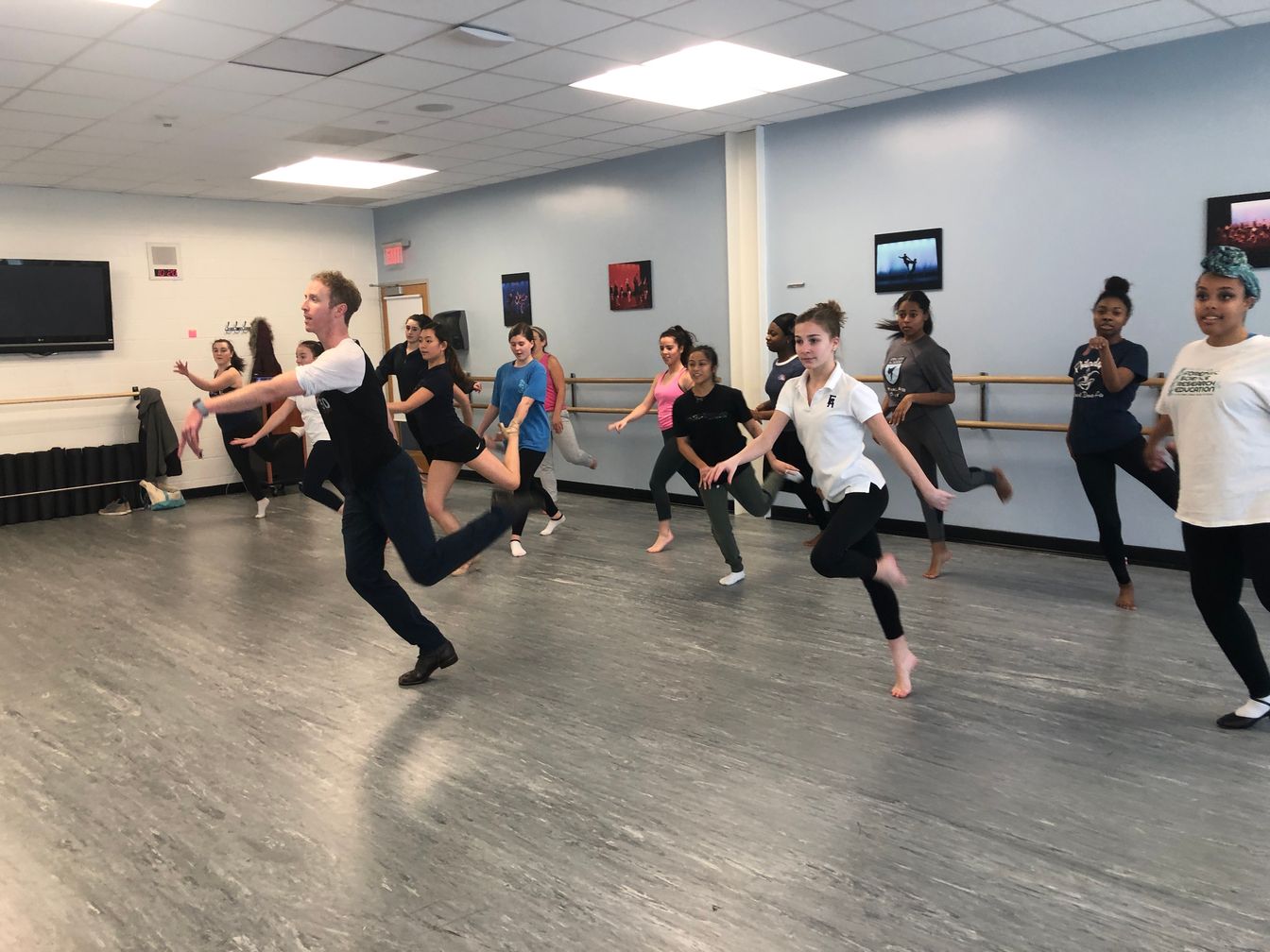 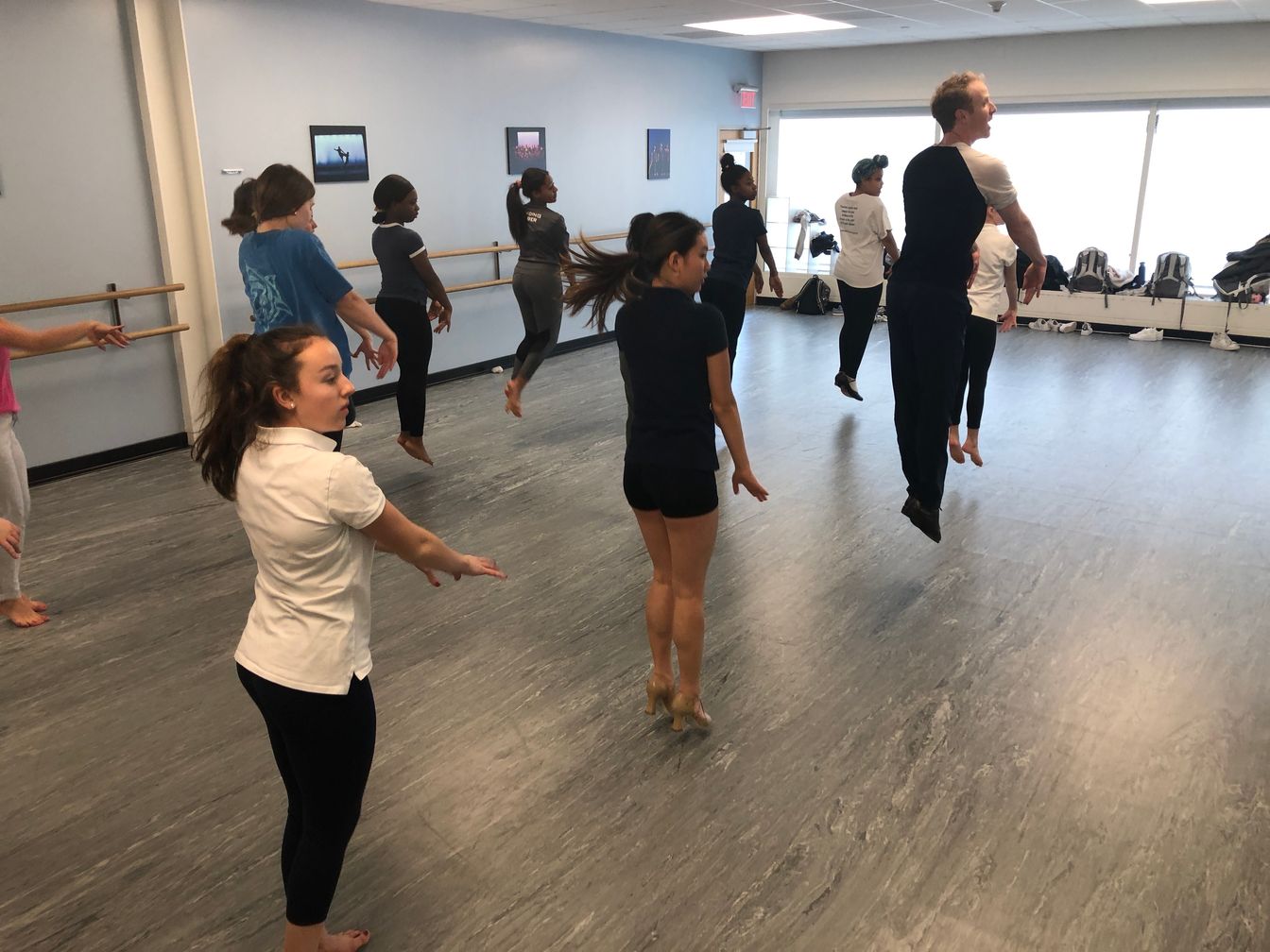