Students of all three divisions have continued to learn more about various STEM fields through EA's annual Clare Foundation STEM Speaker Series. Three fun and engaging expert speakers have already visited campus with many more scheduled throughout the remainder of the academic year. 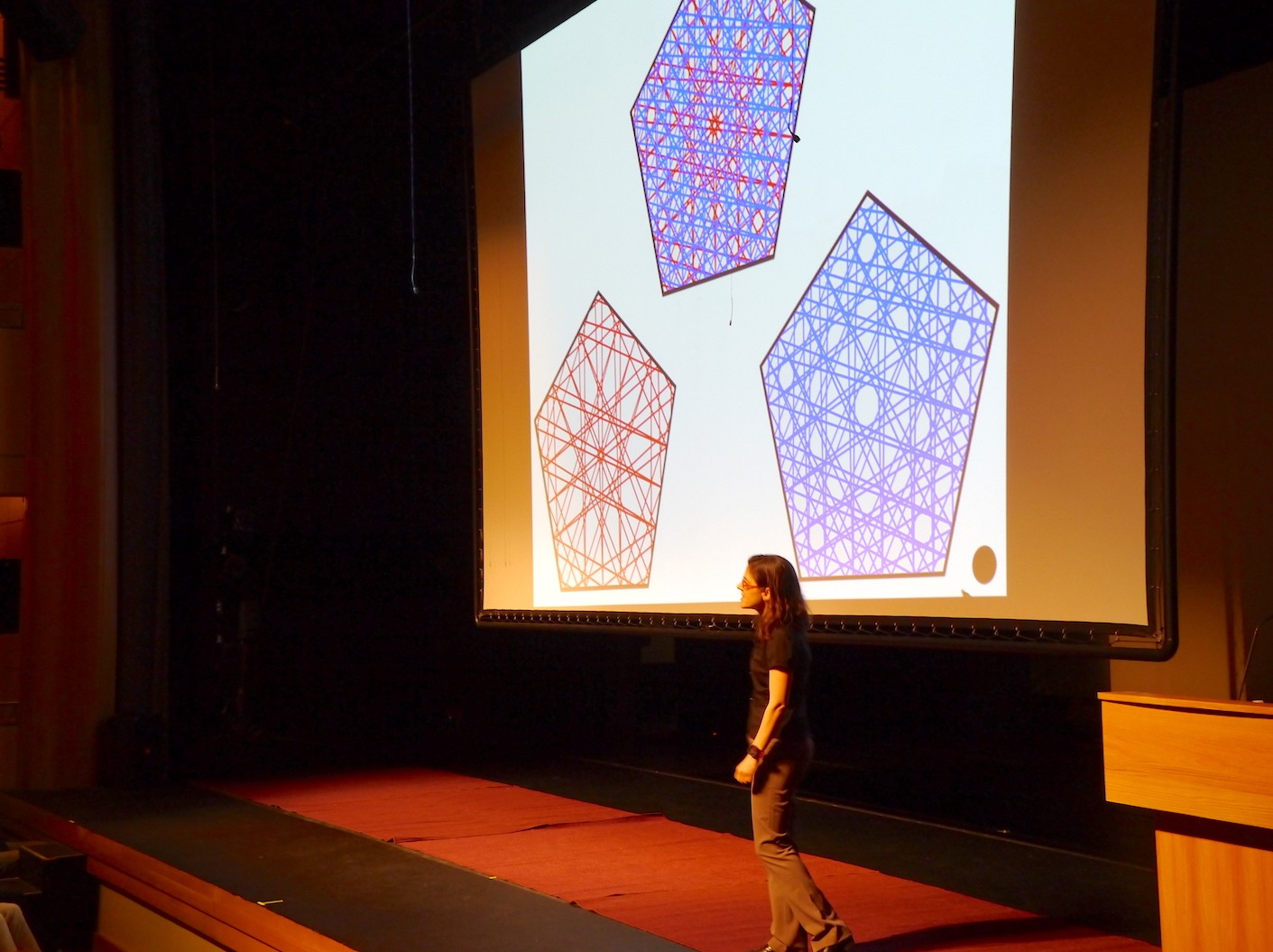 Most recently, Upper School students learned about unsolved mathematics mysteries, as they watched a mesmerizing demonstration of billiard balls bouncing around a simulated pool table. Swarthmore mathematics professor Diana Davis, Ph.D. has given over 100 talks in 22 states and 9 countries on periodic billiard trajectories and math education and effectiveness. While she was a graduate student in 2012, a video explaining her Ph.D. thesis using colors and dance went viral.

Using the beauty of math, Dr. Davis was able to capture the attention of her audience, who burst out in applause each time her computer-generated models sprung to life. She concluded by sharing that there are still so many questions she has yet to find answers to, saying, "You might think math is done and you're just learning it, but the things I showed you today hadn't been done before until we started working on it. There are still questions we have to answer!" 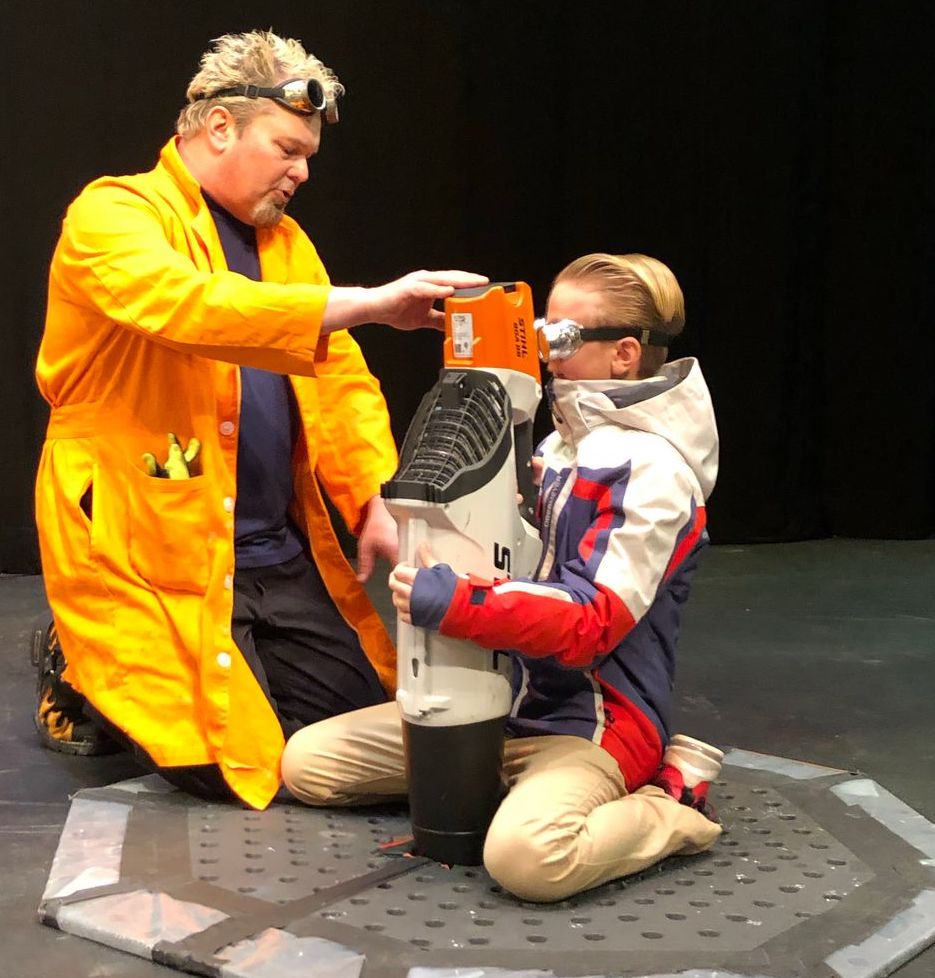 Last month, Middle School students were wowed by Doktor Kaboom, a larger-than-life German scientist known for demonstrating how fun and easy science can be when you apply what you learn to the real world. He told students, "Don't let anyone tell you that you can't do rocket science, because rocket science isn't hard, it just takes effort. You can do rocket science at home with your parents." His demonstrations included home-made experiments like a hover-craft (made with a leaf blower, card table, and shower curtain), a bottle rocket (made of a balloon, soda bottle, and chemical reaction), and a swinging glass of water that never spilled, courtesy of centripetal force. 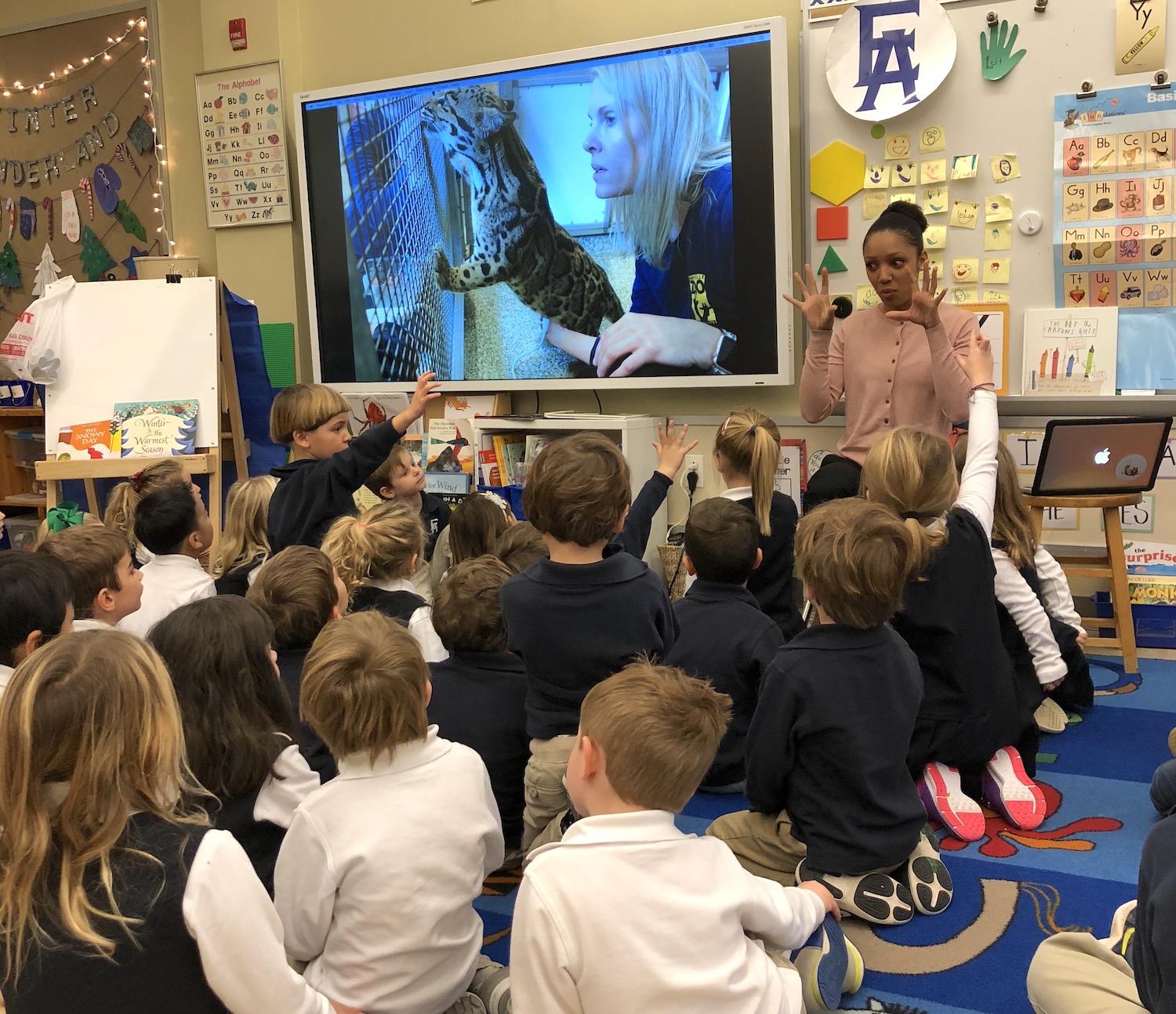 In December, Zoologist Corina Newsome visited Lower School students to teach them about many of the animals she cares for in the zoo. She answered questions from students about what it is like to care for them. The Pre-K students were amazed to see many animals they had never seen before and learned how zoo-keepers help keep their animals safe and healthy.

Established through the generosity of the Clare Foundation, the goal of the Clare Foundation STEM Speaker Series is to expose students and faculty to dynamic, innovative, and creative thought leaders. Speakers were selected from a variety of sectors (public, private and education) and from a range of STEM fields.

EA looks forward to welcoming the following distinguished speakers throughout the coming weeks: