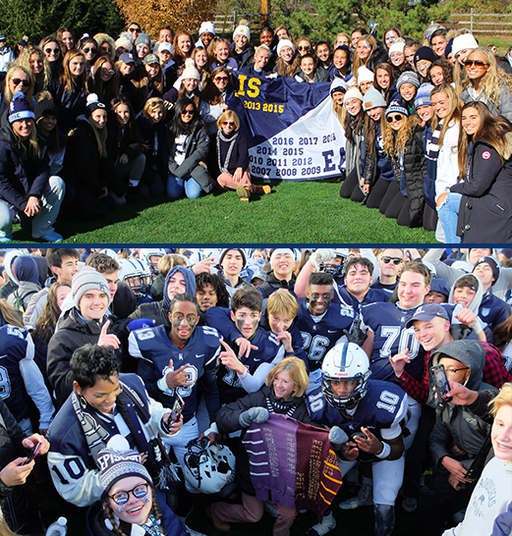 It was a banner weekend for EA as the girls' and boys' teams won both the Banner and coveted Sweater against long-time rivals The Agnes Irwin School (AIS) and The Haverford School (Haverford).

"Everyone shares in this success!" said Athletic Director Gina Buggy, Hon. "It has been a hugely successful fall season. Capping this off with winning back the Sweater and keeping the Banner creates incredible excitement for our school community." 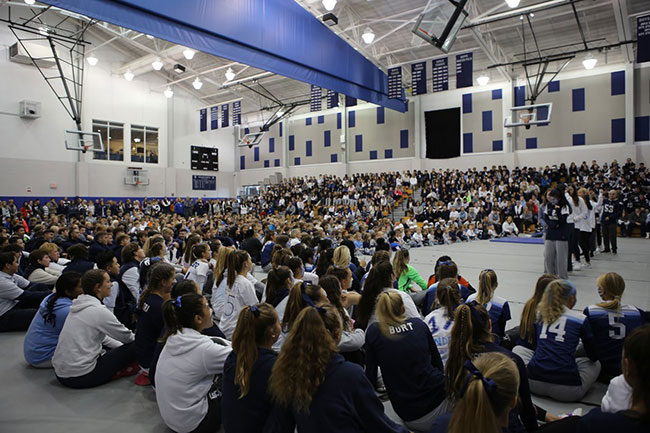 It was a whirlwind weekend with nine tough competitions and a lot of school spirit that culminated with an all-school Pep Rally on Friday, Nov. 8.

With blustery winds and temperatures in the 30s, the girls' teams kicked off the fun-filled weekend of matches, games, and races on Friday afternoon. The tennis (5-2), cross country (20-37), and field hockey (5-1) teams were victorious and secured the Banner with a 3-1 win over AIS. The soccer game was a close battle, ultimately resulting in an AIS victory (1-0).

"It was a very exciting weekend for our entire community," shared Coach Whit Powell, Hon. "I am proud of the girls winning a tennis match in very difficult conditions. More importantly, I was impressed with how they handled themselves amongst a 'non-tennis' atmosphere and won, as they have all season, as a team!"

"The Girls' Cross Country team ran a strong race in cold and windy conditions," explained Coach Lauren Finnical, Hon. "We have been working all season on running in packs, closing the gaps, and focusing on effort. Our runners executed that well on Friday. Winning the Banner and the Sweater is an awesome way to cap off the fall season."

"Our spirited rivalry with AIS and Haverford did not disappoint," said Coach Buggy. "The field hockey team came out strong and put up four goals on the way to a 5-1 victory. The win capped off an undefeated Inter-Ac championship season. It was a total team effort in front of a large and enthusiastic crowd." 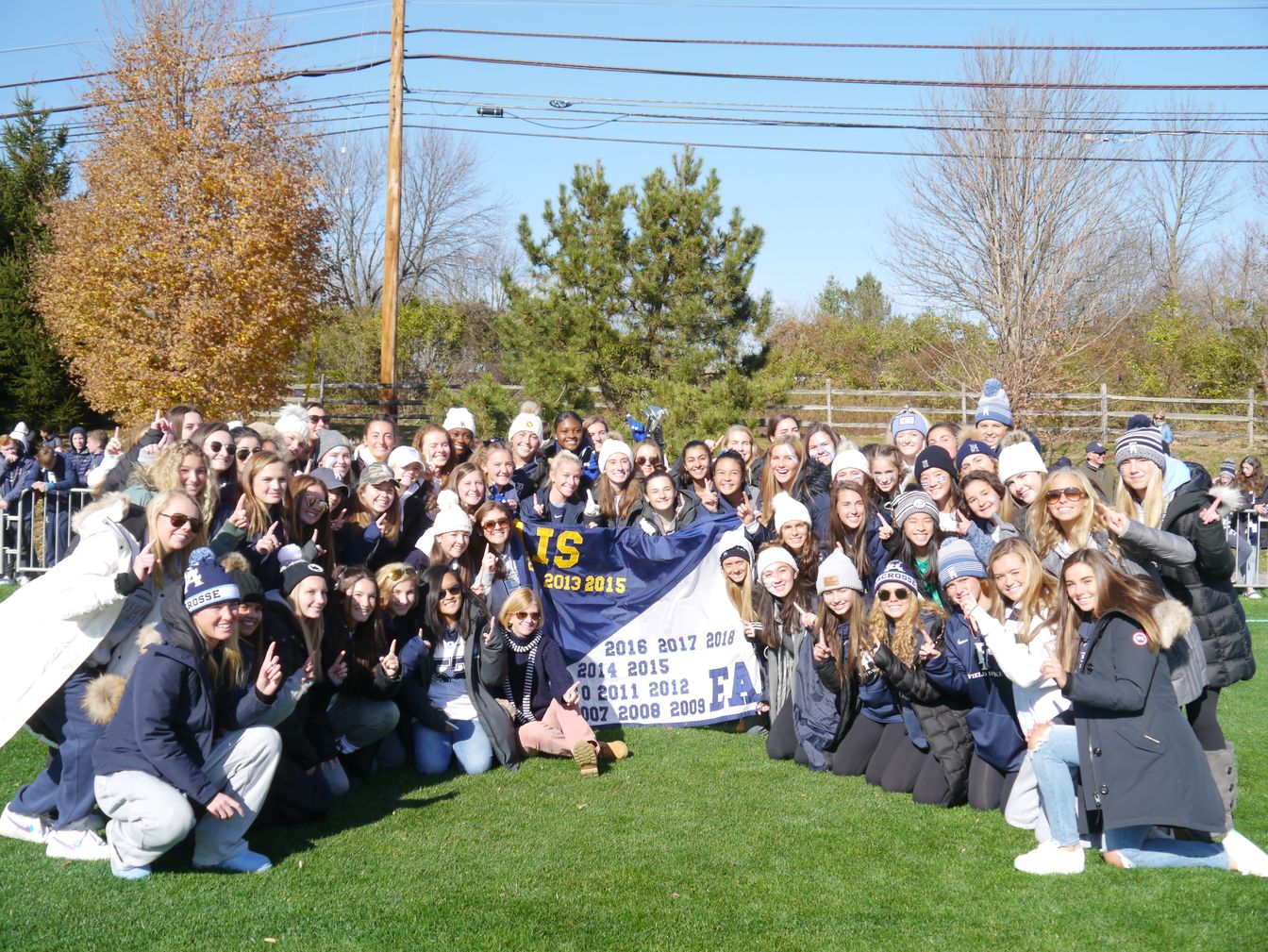 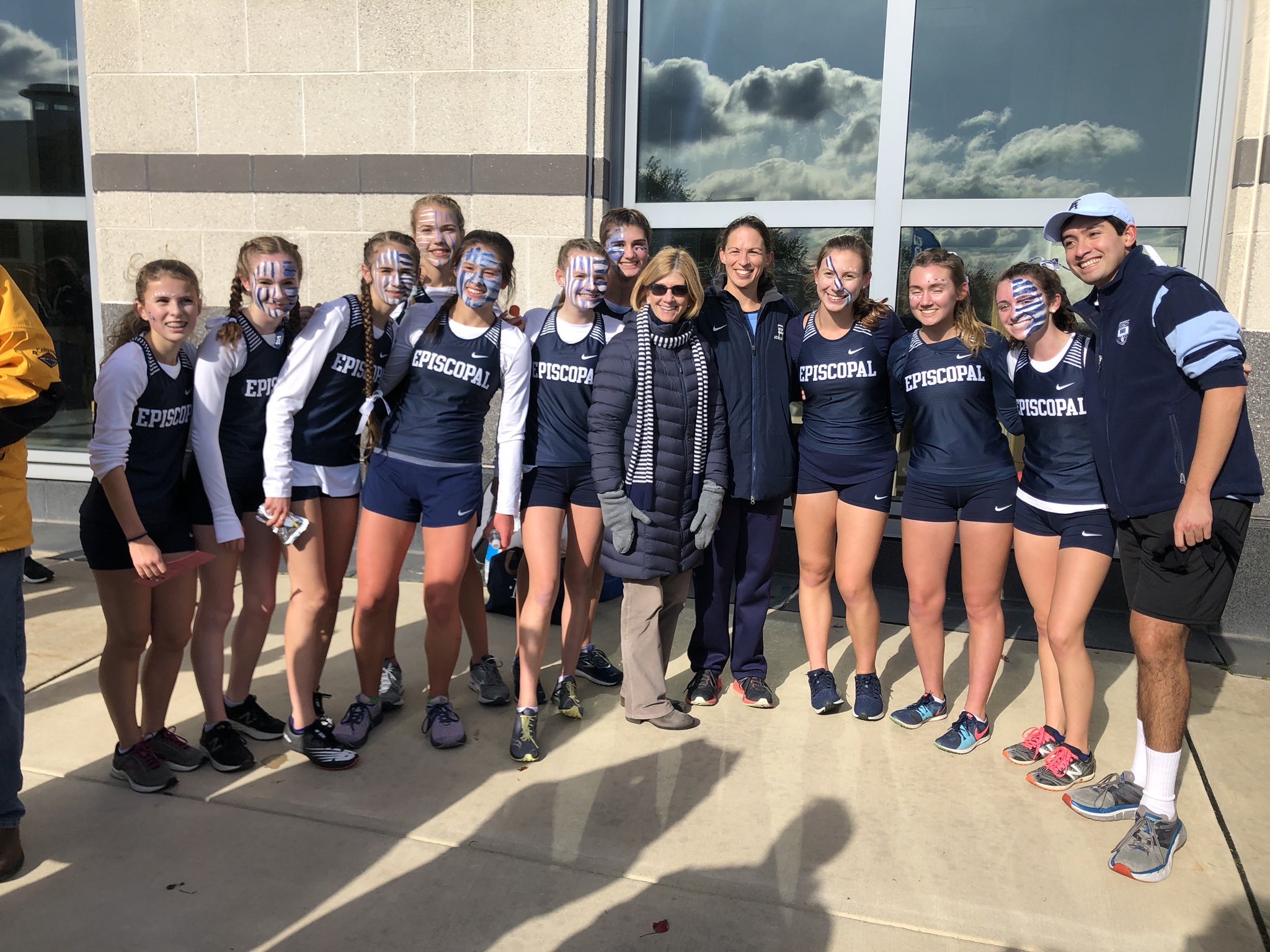 Saturday results against The Haverford School:

On Saturday, the boys' cross country team ran away with the first win of the day. EA was victorious over Haverford (24-32) with runners finishing in 1st, 3rd, 5th, 6th, and 9th places.

Golf braved the wind and cold at Aronimink Golf Club, ending four shots behind (148-152). The water polo team competed before a packed crowd in the Burke Natatorium, never losing their determination during a challenging battle (6-18).

Boys' soccer secured the next win of the day (1-0). It was the first time the boys' soccer team has won on EA/Haverford/AIS Weekend since November 12, 2005 on EA's Merion campus. "We knew that cross country had won and that golf was tight," said Coach David Knox. "But we didn't want to know any other scores." A few minutes into the first half, a Haverford player earned a red card ejection, leaving the field for the remainder of the game. "The team remained focused, determined, disciplined and worked together for the win, outworking Haverford," said Coach Knox. "The scene at the end with the students flooding the field was awesome for the seniors and the team to experience."

EA's football team stormed the field for the final contest of the day, the contest that would determine the rights to the Sweater and this year's Inter-Ac championship title. "This was the second time in three years we have won the Sweater and our third consecutive win over Haverford in football," said Coach Todd Fairlie. "This was the culmination of all of our hard work. We played our best football of the year on Saturday." EA won by ten with the final score, 38-28. Watch the game video highlights here including the student Sweater celebration. Read coverage by Philadelphia Sports Digest, including player interviews, here.

The football team last won the Inter-Ac in 2012. 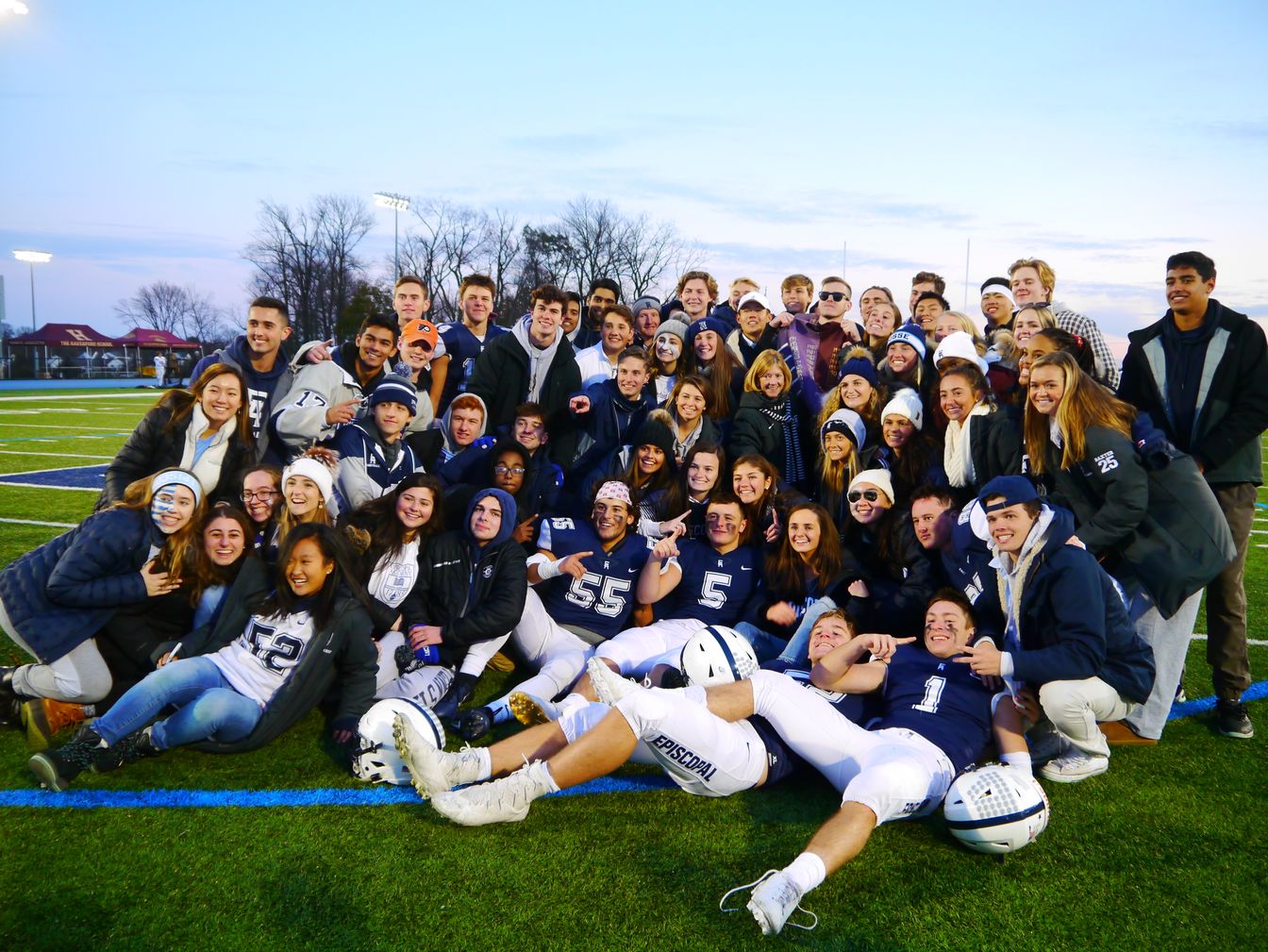 "Our faculty, administrators, plant personnel, and fans are instrumental in hosting and supporting this rivalry weekend," shared Coach Buggy. "Everyone shares a part in winning the Banner and Sweater. It is team work at its best!"

"I'm especially happy for our seniors and for Ms. Buggy!" said Coach Finnical. Coach Buggy is retiring in June after 34 years at EA.

"It was a thrilling weekend for EA," said Coach Buggy.

EA Upper School math students actually notched the first win of the rivalry weekend. The math team competes in weekly online math competitions with eight area schools, including The Haverford School. After the test was scored on Friday, Nov. 8, EA edged out Haverford, 24-23. 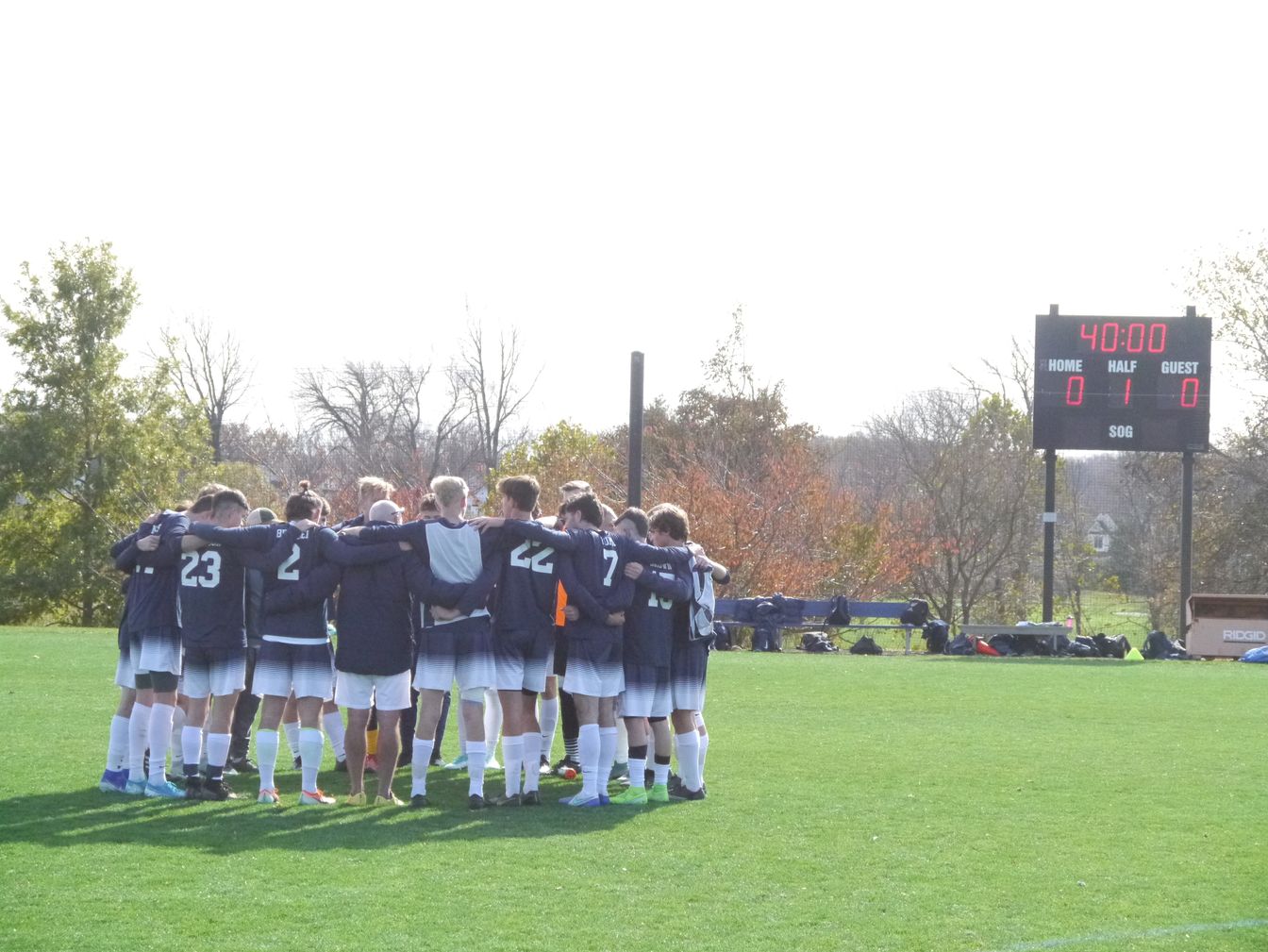 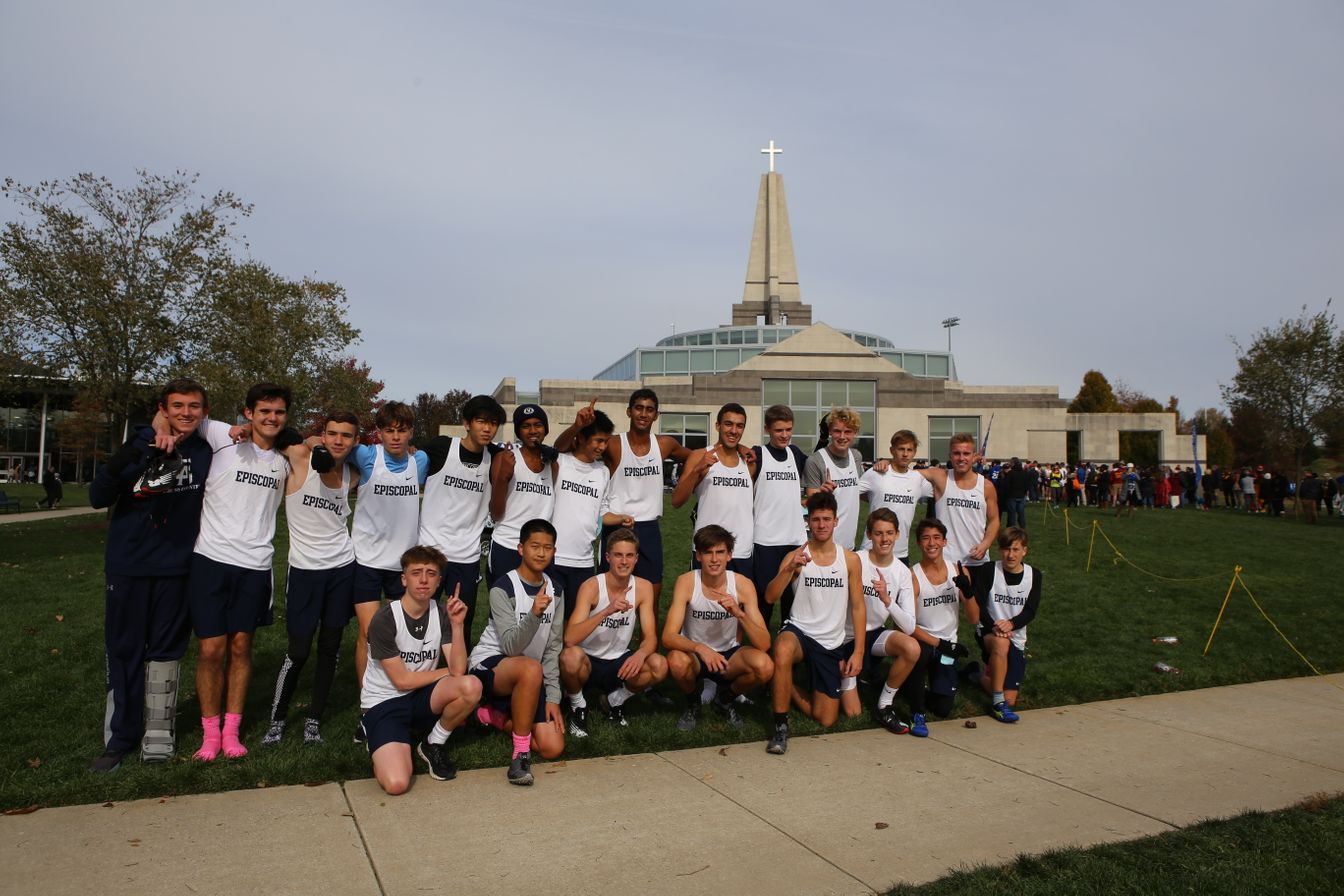