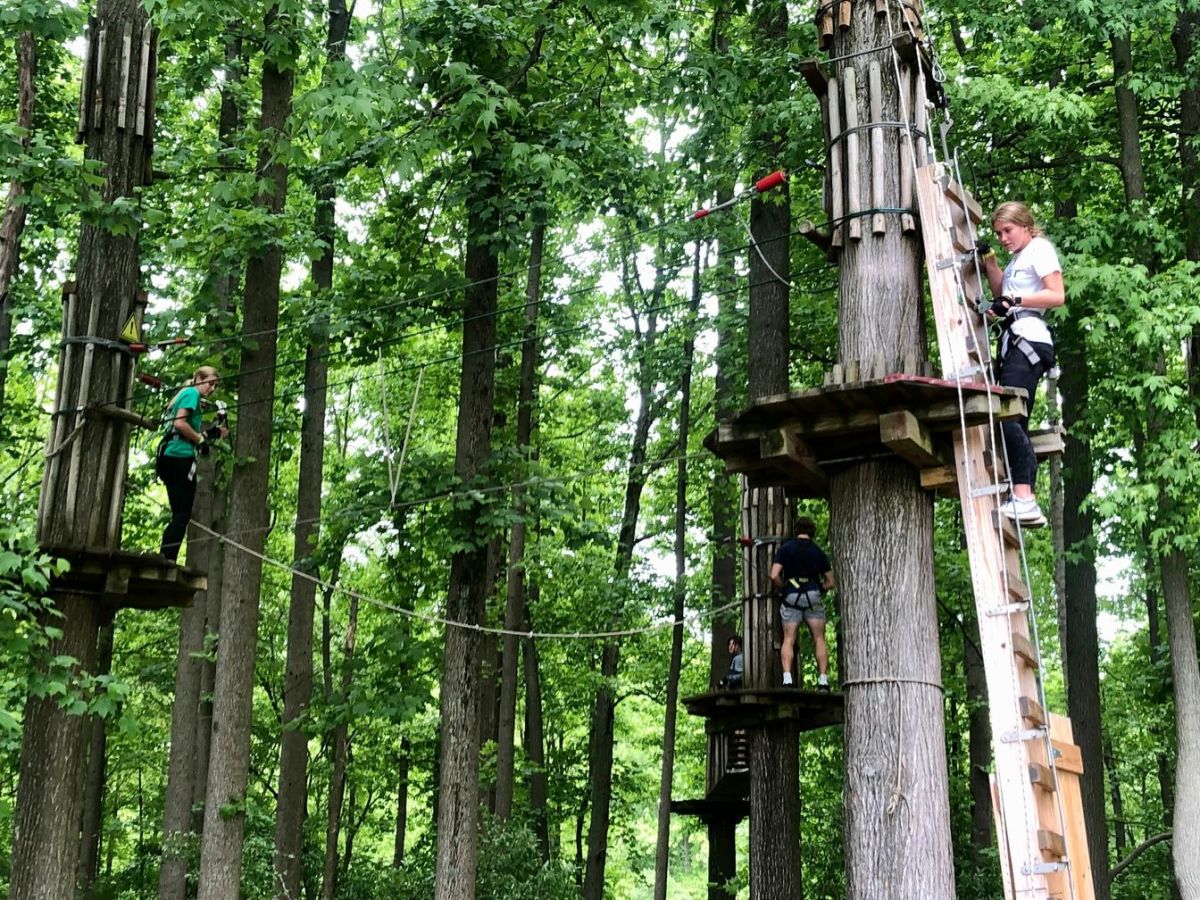 May Term is back! During this two-week academic program, Upper School students and teachers explore a diversity of innovative topics in great depth. Each week, we will provide highlights from some of the 32 courses our students are participating in during May Term. To get daily updates of their exciting journeys near and far, follow us on Instagram or the May Term Twitter. We also encourage you to view a photo slideshow from week two.

Missed the highlights from Week 1? Check them out here!

Students plunged into marine conservation in the waters of the Caribbean. After completing the rigorous dive certification process, they enjoyed exploring the precious beauty of life under the sea. "We dove in St. Maarten, St. Kitts, and Saba," explained Upper School Science Teacher Dan Baxter. "We saw reef sharks, nurse sharks, sea turtles, sting rays, one eagle ray, and a very strange-looking flying gurnard, too. Students experienced the beauty and fragility of these ecosystems, and enjoyed boat life!"

Is it reel or is it real? This is the question that the Hollywood & History May Term course kept asking as they viewed films depicting real-world historical events. Through the viewing of eight major motion pictures such as Argo, Braveheart, and Zero Dark Thirty as both a viewer and a historian, a field trip to NYC and the 9/11 Memorial, and class discussions, students discussed the realities and non-realities of these blockbuster hits. Students also worked in groups to develop their own skeleton screenplay based on a historical event or character and then pitched their final movie ideas to prospective producers.

The "perfect pitch" was the underlying theme of the Entrepreneurship class led by CS&E Department Chair Matt Memmo, Hon. Students visited Bucks County Coffee to learn about the day-to-day operations of a small company and what is involved in getting a coffee bean from the farm to your cup. They also explored the marketing and sales plans needed to keep a small company profitable. Throughout the two weeks, student practiced pitching their potential business ideas. Luke Tabasso '23 considered a plan for a bluetooth hearing aid that is smaller than what is currently on the market and would be nearly invisible in the ear canal. The class bounced ideas off of Christine Galib '04 who works with entrepreneurs and C-level leaders in the innovation and technology sector, building inclusive innovation ecosystems at Houston's tech and innovation hub, the Ion. On the final day, students made "Shark Tank" style pitches to Ken Lefevre '70, Head of Upper School Mike Letts, Hon., and Academic Dean Chris Anderson.

During three days of workshops with Philadelphia Young Playwrights, students in Writing, Acting, and Performing began to develop a large-scale project that took the form of scripts for a multi-episode, HBO-style streaming series. In addition to developing more than half a dozen ideas and scripts for individual episodes, they created mock ups of promotional posters, storyboards, and social media posts. The course culminated in a table read of the scripts as well as a pitch meeting to promote their series to imaginary TV executives.

Food Physics in the Chemistry Kitchen

Who says you can't play with your food? In Food Physics in the Chemistry Kitchen, students took a look at food in ways that were not only fun, but full of flavor! Throughout their two weeks, students were tasked with examining (and taste-testing!) chocolate for flavor notes, touch, smell, and astringency; scooped in the science of ice cream; built solar ovens, and had a pancake day making flapjacks with different types of flours, milks, and/or fats. With discussions about heat transfer, bond breaking, and environmental sustainability, Food Physics in the Chemistry Kitchen combined science and food in an unforgettable way.

In Problem Solving and Contest Math, students start each class working on a problem of the day. "The most important thing a person can do is try," said Dr. Tom Goebler. "The results don't really matter. Trying keeps the room motivated." Over the two weeks, students have been working on American Mathematics Competitions (AMC) problems with the goal of getting a solution to submit to the Mathematical Association of America journal and having their results published. Students have worked on Handshake problems and Lightswitch Toggle problems, went on a scavenger hunt around campus, created codes, and worked on cryptography. "This week's problem involves counting, number theory, and algebra," explained Rohan Dalal '25. On the final day of the course, students submitted two solutions posed in professional journals. "A huge win!" said Dr. Goebler.

In Sacred Spaces, students were tasked to design a smaller memorial chapel on EA's campus that would complement our existing Chapel. After touring sacred and memorial spaces like Temple Adath Israel, Christ Church Philadelphia, and Washington Memorial Chapel in week one, students used their newly found architectural knowledge for inspiration as they went to work designing a chapel of their own – complete with a scale model of their design. To conclude this course, students defended their designs, proposed location, and materials to a guest jury of Sam Olshin '78 and COO Mark Notaro.

This week, students in the STEAM Design & Build Challenge finished and tested their powerful trebuchets on the Clark Campus Green. Students in this course developed and fostered their individual creative problem-solving skills through competing in daily design and build challenges using wood, metal, plastic, and manufactured materials. Students are challenged with designing and building projects that balance form and function while expressing their individual creativity.

Throughout this May Term course, students have delved into the history of photography and photographic processes. The world's first photos were captured in the early 1800s. Students experimented with early photo processing—making cyanotypes where a permanent image comes to life through a combination UV light and salt chemicals. Student photographers spent several days making salt prints and learning how positive prints are made from a negative. The process, invented by Henry Fox Talbot, involves painting photo paper with an ammonium chloride solution and silver nitrate and drying the paper with hair dryer. After exposing the print under a UV light, the emerging photo is washed in the darkroom and then soaked in gold chloride (toner) and then plunged into a fixer before the final wash. Students were thrilled with their beautiful, sepia-hued photos.

Students arrived home safely after a sights-packed tour of Spain. In the past week alone, students traveled to Grenada to learn about the history of Moorish conquest. During their trip, they toured the Alhambra and Albaicín, learned about flamenco, explored the Alpujarra white villages in the Sierra Nevada Park, and more as they took in local culture and explored traditional Spanish cuisine.