A robust endowment significantly bolsters our faculty, students and academic programs. Endowment investments strengthen the innovative educational program that has inspired generations of Episcopal students to pursue their passions and lead lives of purpose, faith and integrity.

An endowment fund is a permanent, sustainable source of funding for EA. Endowment principal is invested, and each year a portion (currently 4%) of the value of the fund is paid out to support the fund's purpose. Any earnings in excess of the distribution build the fund's market value. In this way, an endowment fund grows and provides support for its designated purpose in perpetuity. Each endowment gift increases the value of the total EA endowment, and can be designated to support specific areas aligned to donors' interests. As of June 2018, Episcopal's endowment was valued at approximately $64 million.

Gifts to Endowment Make an Impact

Gifts to endowment are investments in Episcopal's students and faculty – enriching the total education experience both inside and outside the classroom. A strong endowment increases Episcopal's capacity to attract and retain the best and brightest faculty, to enroll the best student body, and to continue to create and implement the most innovative academic practices in the field. Investments in the EA endowment acknowledge the importance of creating sustainable support for the most important priorities of an Episcopal Academy education. Endowment funds benefit the entire Episcopal community today and in perpetuity.

Endowed funds may be named at Episcopal for a minimum gift of $100,000. These funds may be designated to support an area that best captures each donor's interest – faculty professional development, financial aid, academic enrichment, etc. When a donor chooses to establish a named endowment, an endowed fund agreement is drafted with the donor, outlining the donor's designation and explaining how the use of the funds will be acknowledged and reported.

Those choosing to support EA's endowment with gifts totaling less than $100,000 may do so by supplementing the principal of an existing endowed fund supporting the priority of their choice.

Alumni, parents and friends of EA may choose to make capital gifts to support buildings and equipment at Episcopal. Naming opportunities are available throughout campus. 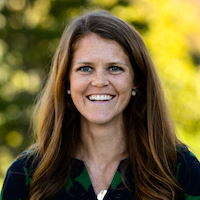