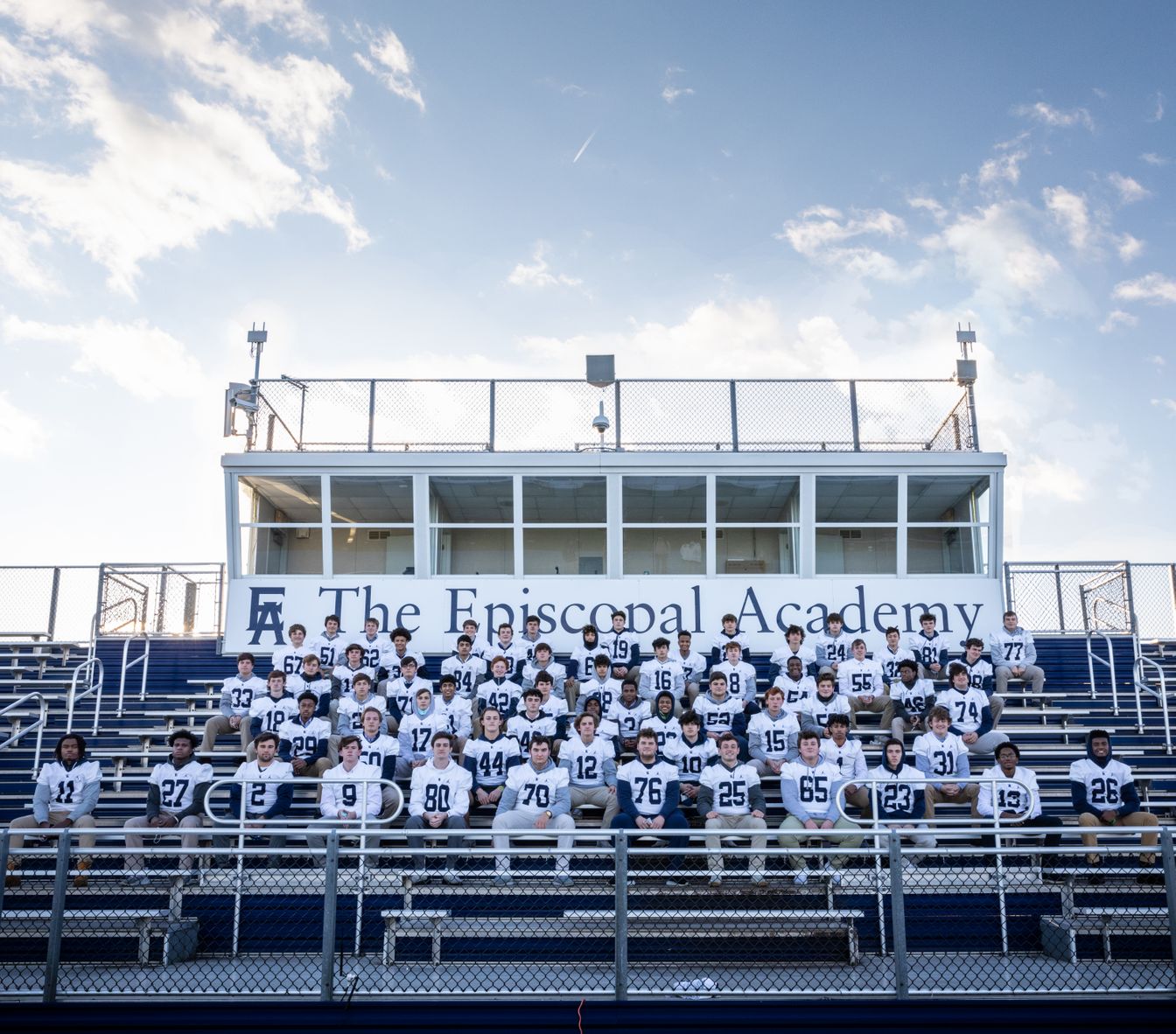 EA football wrapped up its season with a tough final game against rival, The Haverford School on Saturday, Nov. 21. "Our [season] highlight was our 38-9 win over Penn Charter where we jumped out to a 21-0 lead in the first quarter," pointed out Coach Todd Fairlie, Hon. "Aiden Chavis '21 set-up two of those scores with big returns. Jake Fant '22 would score twice in the first and again in the second. Billy Adams '21 sealed the win with a touchdown in the 4th. Dylan Dibeneditto '21 led the defense to our best effort of the season." While it was disappointing to only play three games, the team and coaches made the best of the situation. "It was unfortunate to only play three games, we felt our team could have developed nicely given an entire season," shared Coach Fairlie. "Our seniors were on track to become one of the winningest classes in school history before the abbreviated year."

The 2019 Varsity Football Team captured the 2019 Inter-Ac championship with a 9-1 overall record and 4-1 in the league. The championship is the first since 2012 and only 3rd since 1983. This marked EA's 26th Inter-Ac football championship. This year’s seniors leave with a career record of 29-11. The 29 wins tie the Class of 2015 with the second most wins in school history. Senior captains Maurcus McDaniel and Matt Bush led the way throughout the season as both contributed heavily on both sides of the ball. McDaniel’s special season on offense will rank at the top of any in recent memory. McDaniel rushed for over 1,300 yards, while throwing for over 1,300. He finished the year with 36 combined touchdowns, rushing or passing. This year’s offense averaged an outstanding 400 yards a game, while averaging 33-points a game- led by a strong senior group upfront that rushed for 300 yards a game in league play. The season was capped off with a 38-28 win against The Haverford School in a true championship game. Big wins over Malvern Prep (29-27), Penn Charter (21-17), and Springside Chestnut Hill Academy (35-34) highlighted the special season with the final victory against The Haverford School to win the league championship and coveted Sweater.

The John A. Harter Most Improved Awards- Will Semmer '21

All Inter-Ac team selections were not made for the fall 2020 season.