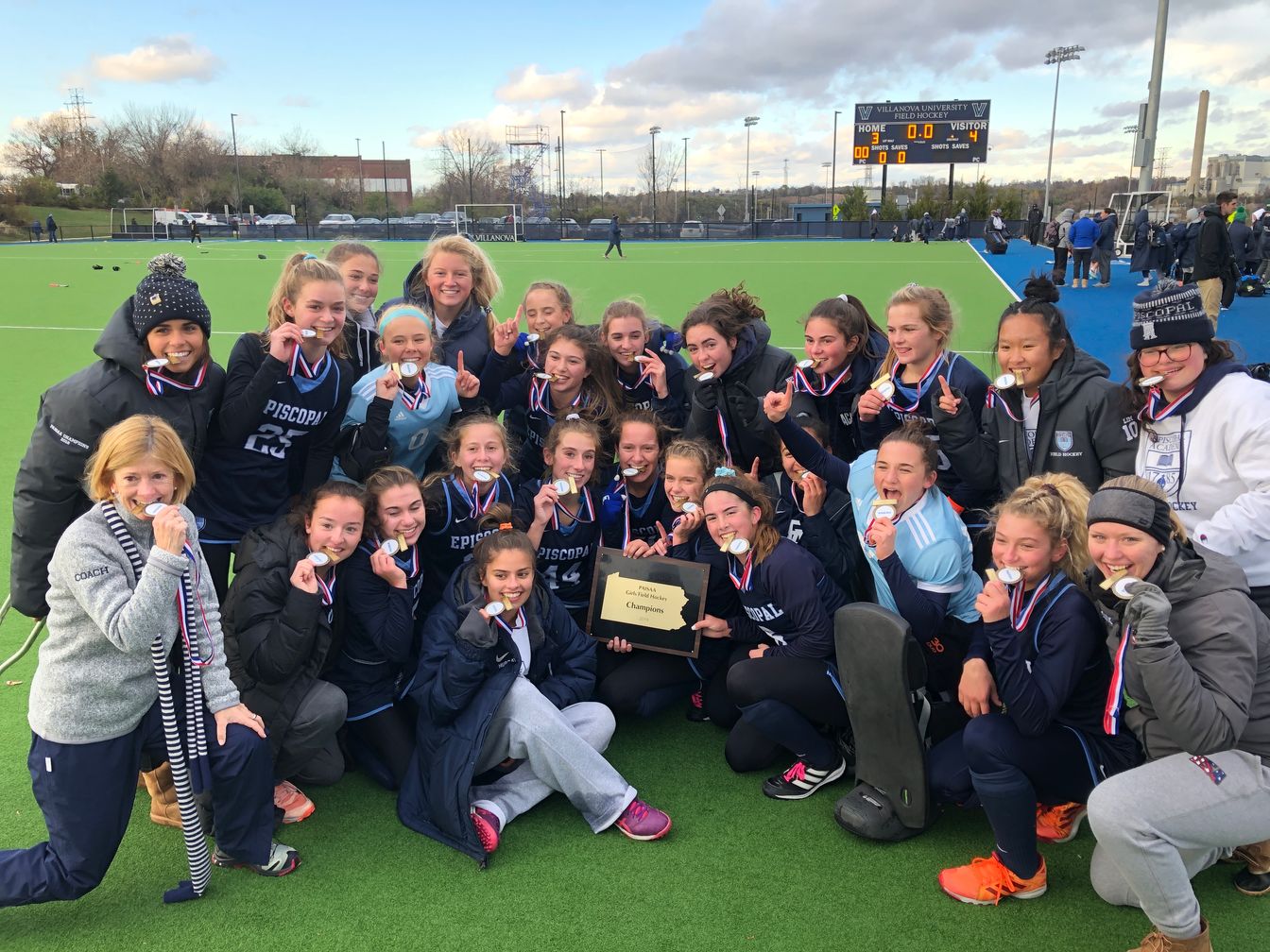 The field hockey team finished with an impressive 20-1-1 record and marked the final season for long-time coach Gina Buggy, who will retire at the end of the 2019-2020 school year. The team won the Inter-Ac Championship and for the second consecutive year, the PAISAA Championship. The expectations were high coming into the season despite having graduated nine seniors, including an All-American goalie. Despite an early season loss against a ranked Hill School, it proved to be helpful to the team’s overall development and served as motivation for the players. The season included big wins against rivals AIS and Notre Dame. By the end of the season, the team well exceeded all expectations as every player demonstrated an unselfish and determined mindset that propelled this team to one of the best finishes in school history. In the PAISAA finals, against Hill, the team showed true grit as one of the top players went out with an injury. No one blinked when the lineup was flipped. Everyone dug deep and picked up their game. “It was one of the most rewarding team experiences of which I have ever been a part. The way this team came together, covered for each other, and performed at an insanely high level when the game was on the line, was the perfect ending to this magical season,” reflected Coach Gina Buggy, Hon. “Congratulations EAFH 2019, you are deserving Inter Ac Champions and PAISAA State Champions. Thank you for making my last coaching season one I will treasure forever!”

The John A. Harter Most Improved Award- Jackie Miller '20 and Kathleen Anderson '20