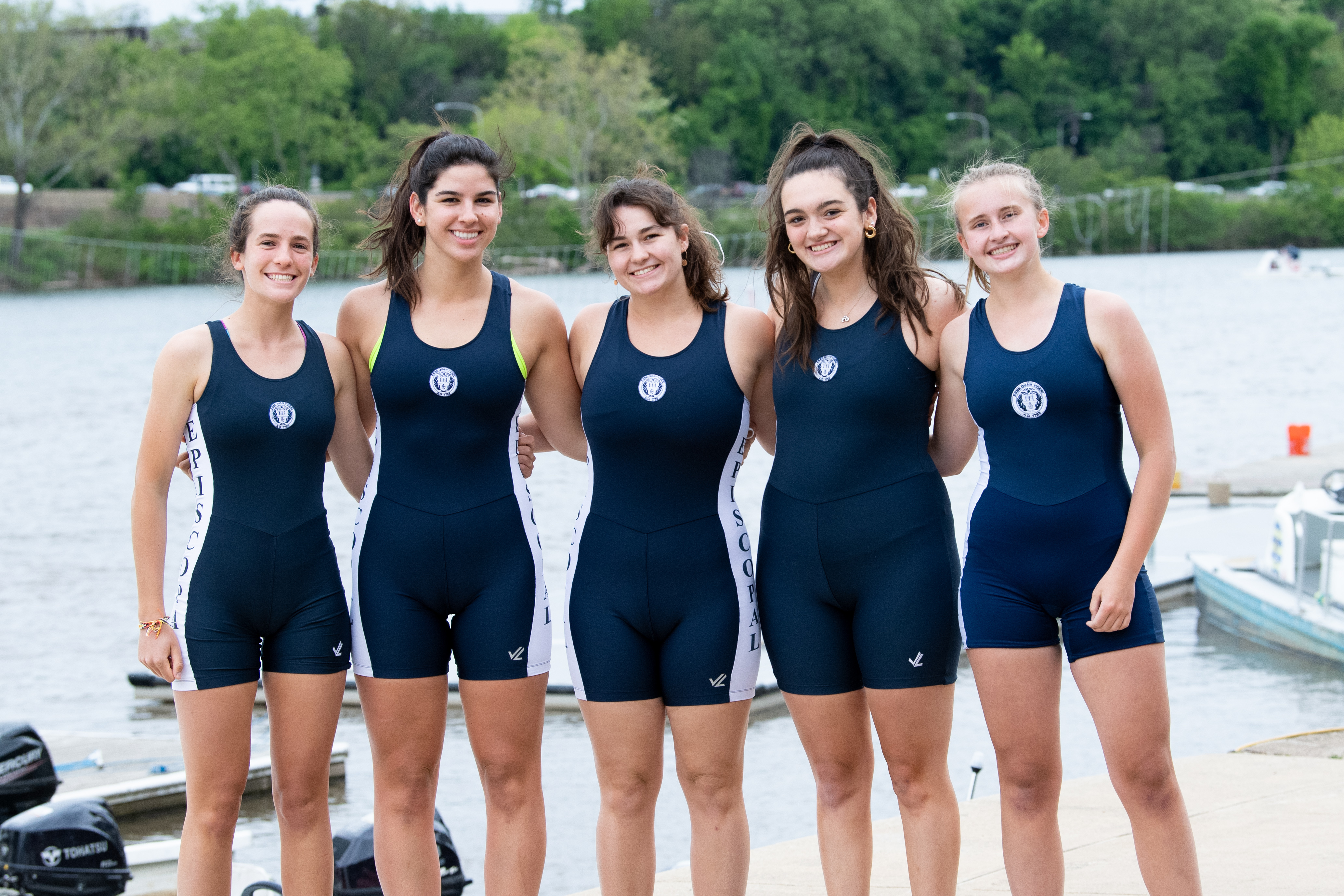 It was a gold medal season for both the boys’ and girls’ rowing teams. The Girls’ Varsity 4x earned 1st place in all of its races, winning the Philadelphia City Championships, the Stotesbury Cup Regatta, and the Scholastic Rowing Association of America Championships. “The team was grateful to be on the water for the whole season,” said Coach Molly Konopka, Hon. “They were great with rowing with masks and filling out their health screening for 5:45 a.m. practice.”

The rowing season started, as usual, with some really cold days but the team forged ahead and had a strong, young team, which competed successfully in the Manny Flicks through the months of March and April. The team showed a great deal of flexibility, competing in different events and learning new skills in both sculling and sweep disciplines. Our young team earned three medals (one gold) at the Philadelphia City Championships, one medal at the Stotesbury Cup Regatta, and four spots in the finals of the SRAA Nationals. We look forward to another great season in the Spring of 2020.