The Episcopal Academy celebrates a rich history steeped in the academic tradition.

Since 1785, Episcopal has transformed from a small schoolhouse to an expansive, state-of-the-art campus. It has embraced coeducation to inspire boys and girls to learn and achieve together. Its classroom learning has developed into an innovated curriculum that provides students with dynamic opportunities in the classroom, off campus, and online.

Through so many changes over 230 years, some things remain the same: Episcopal's dedicated faculty, challenging academics, and unwavering commitment to challenge and nurture Mind, Body, and Spirit.

It was 1785. A mere nine years after the United States gained independence from Britain, the Rt. Rev. William White founded The Episcopal Academy in Philadelphia. 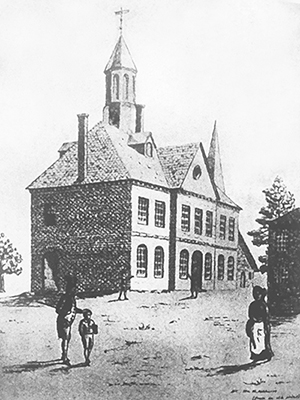 Initially an all-boys school, The Episcopal Academy offered a curriculum focused on classical languages, religion, and mathematics. Trustees included two signers of the Declaration of Independence, as well as bankers, merchants, and reverends. The faculty was composed of notable figures like Noah Webster Jr. of Webster Dictionaries.

In its first 60 years, The Episcopal Academy endured tumultuous periods of debt and resurgence. It was first reconstituted as a free school in 1798, but then became a Second Classical Academy in 1816 and a free school again in 1828.

In 1846, The Episcopal Academy was again reconstituted and has operated continuously since. In 1850, the school moved to a building at Juniper and Locust Street, and remained there until its 1921 move to the Merion campus. 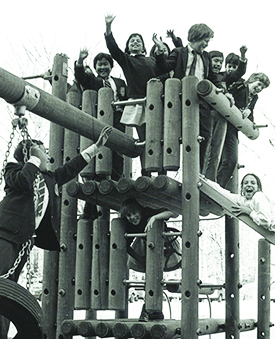 This major change would be followed fifty-three years later with the addition of a new lower school in Devon, as well as the transition to a coeducational learning environment.

The shift to coeducation was the product of years of strategic planning. Girls were admitted to Devon’s kindergarten class in 1974, and would be added to each year’s incoming class thereafter until the school was fully coeducational. The first coeducational class graduated from The Episcopal Academy in 1984.

Over the next few decades, The Episcopal Academy would outgrow its Merion and Devon campuses. A 123-acre tract of land in Newtown Square was purchased with a $20 million donation, and the $212.5 million campus project would be completed in time to open for the 2008-2009 school year. 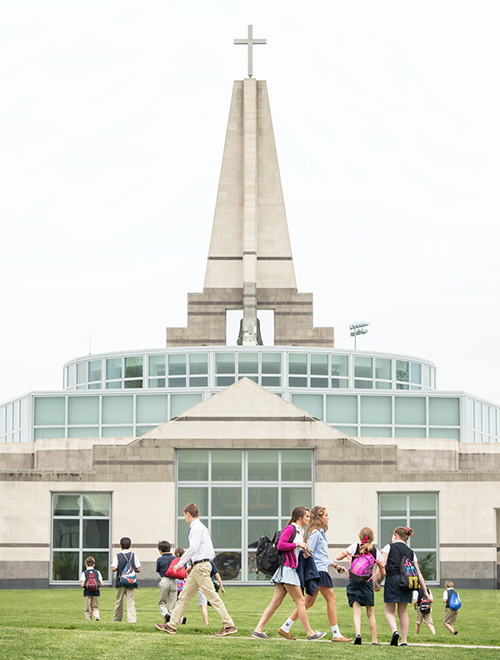 Today's Newtown Square campus boasts state-of-the-art academic, arts, athletic, and spiritual facilities. However, it also features keepsakes from the Merion and Devon campuses: original stained glass windows in the Class of 1944 Chapel, the clock that currently stands on the Clark Campus Green, and several artifacts in the Crawford Campus Center.